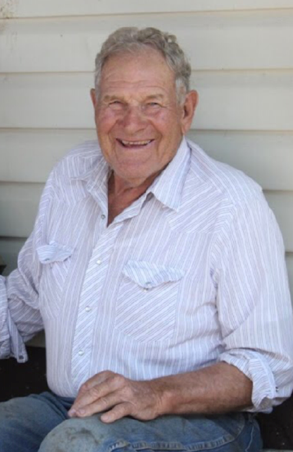 Kemmerer, Wyoming. Alfred (“Al”) Thoman, 90, of Kemmerer, died peacefully in his sleep on Saturday evening after a brief hospital stay for pneumonia. He was surrounded by his loving family for the duration of his stay.

Al was born on March 5, 1927, in Salt Lake City, Utah, the son of Alfred and Floetta Clark Thoman. Al attended school in Kemmerer for six years, Cokeville for six years, and after graduation, Utah State University for one year. He exceled at basketball.

Al devoted his life to his family, his ranch, and the LDS Church. He married his eternal companion, Shirley Lou Kennedy, on July 23, 1951, in Paris, Idaho. Their marriage was solemnized in the Salt Lake City Temple in 1953.

Surviving Al are his wife; his two sons, Randy (Dawn), and Jay (Trudy) Thoman; two daughters, Nancy Petersen and Rhonda (Kerry) Whitaker; 15 grandchildren; and 27 great-grandchildren. Welcoming him on the other side of the veil were his son, Oscar Albert, and his daughters, Rickie Lee and Dixie Ray. Al also leaves behind his beloved friends Joe and Janet Buckley, and Jim Buckley.

Al’s ranch, located twenty miles west of Kemmerer, has been in the Thoman family for nearly 100 years. It was there that he raised sheep, dairy cows, horses, and hay.

Al loved the Church, especially his temple calling, saying that temple service was “working for the best employer I’ve ever had.”

His family will miss his example of hard work, perfectionism, and care for animals.

Funeral services will be conducted Friday, November 10th, at 11:00 a.m. in the LDS Cokeville 2nd Ward by Bishop John Sparks. A viewing will be held one hour prior. Graveside dedication and burial will be at the Randolph Cemetery immediately following the funeral services.

To order memorial trees or send flowers to the family in memory of Alfred Clark Thoman, please visit our flower store.