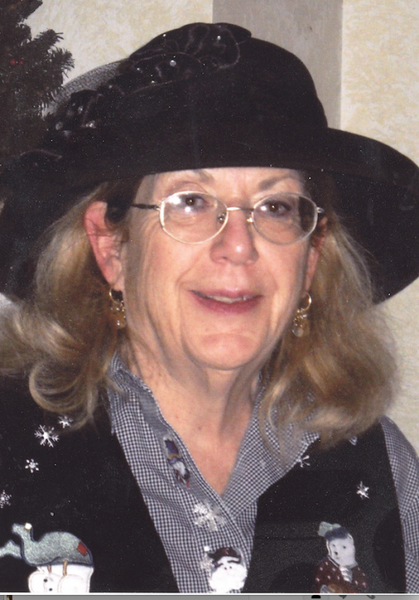 Alice Margaret (Zebre) Butts passed away at home in Tucson, Arizona, on October 18, 2020. Alice was born on January 8, 1950, in Kemmerer, Wyoming. She was happy she shared a birthday with Elvis and was deeply proud of her Wyoming roots. Her favorite childhood memories were of spending days with her father and siblings on the family ranches. She attended Mount St. Gertrude’s Academy for High School in Boulder Colorado with two of her sisters. She briefly attended University of Wyoming and was a Wyoming Cowboy fan for life.

She met Charles “Chuck” Butts in a Kemmerer Bowling League. They were married on April 8, 1972 and recently celebrated their 48th wedding anniversary. Chuck and Alice moved to Cedar City, UT, then Tucson, AZ shortly afterwards. The family then moved to North Ogden, UT, where she lived for the following 30 years. She had three sons, Arthur “Art”, Brian, and Colin, who passed away of SIDS in 1977. She also had two goddaughters, Kathryn Thorpe, Allyson Zebre, and Stephanie Zebre, whom she adored and gave her the ability to shop for “girl stuff”. She had many friends and was active in the St. James Catholic Church community in Ogden, Utah. She also made many dear friends at the Social Security Administration office in the Ogden Federal Building, where she retired as a Customer Service Representative. During her life, Alice was an amazing and accomplished artist of many media, most notably a 30+ year obsession with making porcelain dolls. She filled a few rooms with porcelain dolls and later her grandchildren would refuse to sleep in her “doll room,” much to her dismay.

Alice and Chuck retired and moved back to Tucson, AZ in 2004, where they built their dream retirement home. She absolutely loved her retirement in Tucson, where her favorite things were the Tucson Street Fair, dining at Caruso’s, attending Yoga classes with her friend Deedee, learning to make jewelry and woven pine needle baskets. Shopping was also a life-long love that continued in retirement, where she hunted for sales and clearance items like an insatiable trophy hunter, addicted to the thrill of the chase. Clothing for her grandchildren were some of her absolute favorite quarry. She loved visiting her grandchildren Connor, Emma, William, Halle in Brigham City, UT, and Gillian and Devyn in Boise, ID. Her dear sister Cecilia and husband Darrell, began living part-time in nearby Fountain Hills AZ, which thrilled Alice. Alice’s deserved golden retirement was cruelly cut short by the onset of frontotemporal dementia, which she fought from 2012 onwards. Her family is broken-hearted she is gone but also grateful that she is no longer suffering from this devastating and progressive disease.

Alice was preceded in death by her son, Colin, her parents, Emil and Frances Zebre, and siblings Terry Shoumaker (Zebre), Mark Patrick Zebre, and George Zebre. She is survived by her husband Chuck, two sons, Brian (Stacy) and Art, and siblings Cecilia, Leah, John, and Michael. Alice will be interred in Kemmerer City Cemetery WY, on November 14, 2020, next to her son and parents.

To order memorial trees or send flowers to the family in memory of Alice Margaret Butts, please visit our flower store.