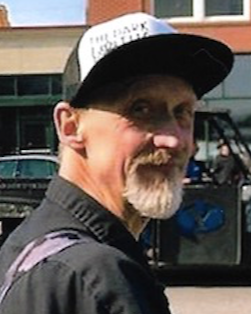 Allen grew-up in Kemmerer and spent much time during his youth with his Grandpa & Grandma Schaechterle and Aunt Katy in Frontier, WY. As a child he loved spending time outdoors in Frontier playing in the dirt. He loved camping, spending time with family, and all the family pets while growing-up; especially his cat Tommy. In early adulthood, Allen loved going for rides through Frontier with his Mom and Sister remembering where Grandpa, Grandma, and Aunt Katy used to live. He resided in Evanston, WY. the last several years at Lincoln Self Reliance’s (LSR) residential habilitation facility. Allen thrived living at LSR and formed close bonds with his Direct Care Staff Dani, Al, Kris, and Matt. He enjoyed community outings and won several achievement awards.

Memorial services to celebrate Allen's life will be held in the Spring of 2023, date and time to be determined.

To order memorial trees or send flowers to the family in memory of Allen Gene Luce, please visit our flower store.