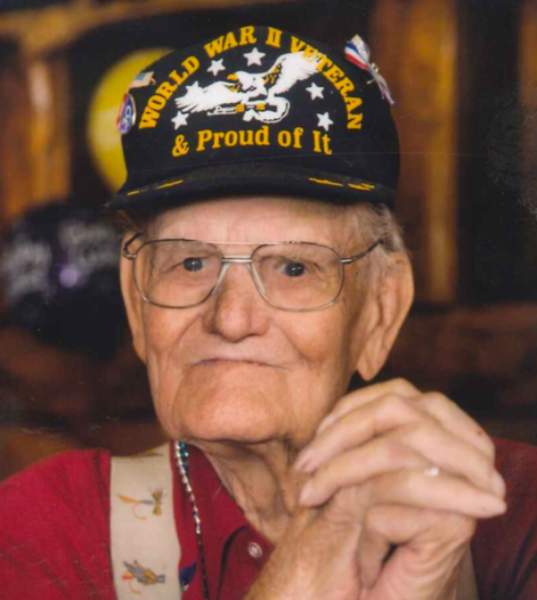 Alvin Doyle Chapman, beloved father, grandfather, great-grandfather and uncle, passed away on December 27, 2021 at his home in La Barge, Wy at the age of 97. Al was born in Goshen, Ut. August 21, 1924, and graduated from Payson High School, Payson, Utah.

After graduation, Al joined the army and served in the 31st Coast Artillery Battalion during World War II. From 1943 to 1946, Al fought in the Pacific for the liberation of the Philippines and New Guinea receiving the Asiatic Pacific Service Medal, the Good Conduct Medal, the World War II Victory Medal and the Philippine Liberation Service Medal with a Bronze Star. During his three years in the service, he rose to the rank of First Sergeant and was honorably discharged in 1946.
In addition to the great love he had for his family, he loved fishing and hunting. He loved and was well-loved by all the members of his community, La Barge, Wy.
Al was preceded in death by the love of his life, his wife, Agnes Pigeon Chapman. He was also preceded in death by his mother and father, two brothers, two sisters, and his son, Francis Doyle Chapman (Bud).
He is survived by his daughter, Patricia Lee Chapman, and his son, Calvin Ray Chapman, ten grandchildren and nine great-grandchildren.
There will be a celebration of his life in La Barge, Wy on Saturday, January 8 at the La Barge L.D.S Chapel at 11:00 am. A Viewing will be held at the church one hour prior to the services. Interment will follow services at the Viola Cemetery, Viola, WY.

To order memorial trees or send flowers to the family in memory of Alvin Doyle Chapman, please visit our flower store.