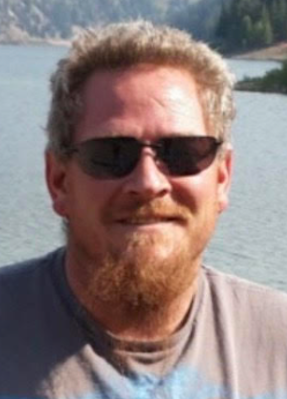 Anthony (Tony) Shawn Hagler, a jack of all trades, died unexpectantly on June 1, 2022, while hiking near Kemmerer Wyoming.

Tony graduated from high school in 1994, in Fuquay-Varina, North Carolina. Shortly there after he joined the National Guard where he quickly became squad leader where he was admired and respected by many. He went on to serve his country faithfully for 10 years. He also graduated top of his class from the Lackawanna Police Academy in Pennsylvania.

Tony was an avid outdoorsman.  He loved everything to do with outdoors. Especially camping, hiking, and fishing. More often than not, you would find him exploring yet another part of this wide world. He often joked about walking out into the woods and living off the land. He loved learning all he could about medicinal plants and how they were used.

Tony had the kindest, most tender heart of anyone I knew. He would literally give the shirt off his back if someone needed it. He was always willing to lend a helping hand with anything. If you ever needed a hug Tony was the go-to guy.

Flowers and condolences may be sent to 915 Pine Ave, Kemmerer

To order memorial trees or send flowers to the family in memory of Anthony Shawn Hagler, please visit our flower store.