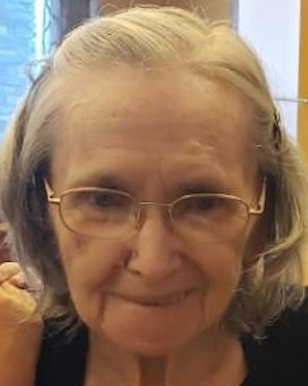 Barbara Logan Payne Damori passed away peacefully at Legacy Living Center in Gillette on Thursday, August 1, 2019, at the age of 90.  Funeral services will be held on August 7th at 10 am at St. James Episcopal Church in Kemmerer.

Born on April 28, 1929, at Sargent’s Inn in Daniel, Barbara lived her entire life in Wyoming in numerous towns, including Daniel, Dubois, Jackson, Kemmerer, and Gillette.  Her favorite place as a youth was Dubois.

She married Aldo Deno “Primo” Damori on July 11, 1948, and while making their home in Kemmerer they were blessed with three children.  Together they owned and operated the Texaco service station and bulk plant

Barbara also served as the Treasurer of St. James Church for many years.  She was an active member of Eastern Star for over 50 years, as well as a member of Daughters of the Nile. She was also a member of a social group comprised of many good friends called the Canary Club.

In her later years, she moved to Gillette to be closer to her children and their families, and worked as a bookkeeper for a family business until her retirement.  She had many hobbies of sewing, cooking and gardening; and loved spending time with her grandchildren and great-grandchildren.  She had great joy for dancing, taking advantage of it any time the opportunity presented itself, sometimes in unusual places.

She was preceded in death by her husband, her parents Bernie and Ethel Payne, brother Jack Payne, sister Bernice Payne Carter, and son-in-law James Rognmoe.

She is survived by her children Barbara Rognmoe, Bernie (Bonnie) Damori, and Claudine (Mark) Bridges, and sister Mildred Franklin, along with six grandchildren and eleven great-grandchildren.  She will be dearly missed by all of them.

The family has requested that in lieu of flowers memorials be made to The Shriners Childrens Hospitals or any other favorite charity.

To order memorial trees or send flowers to the family in memory of Barbara Damori, please visit our flower store.