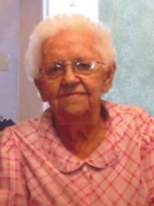 Barbara H Jones, age 84, passed away at Evanston Regional Hospital in Evanston, Wyoming on December 6, 2018.  She was born in Pocatello, Idaho on August 9, 1934, the daughter of Lester and Emma Briggs Higgins.  Barbara graduated from Pocatello High School in 1952, where she was active in choir, school operreta, and designed costumes for the operreta as well.

Barbara met Philip George Jones in May 1951, and they were married in the Idaho Falls LDS Temple on July 9, 1952.  Together Phil and Barbara traveled all around the world with his military career.  They had four children, two of which were adopted while stationed in Germany and Florida.  Barbara loved to spend time painting, sewing, playing piano, organ, and anything that included music.  She was also very active in her church callings.

Barbara is preceded in death by her husband Phil, a son, Kelly, a grandson,two great grandchildren, one sister, and her parents.

Visitation will be held at the Indian Hills Ward LDS Chapel, 5425 Bannock Hwy in Pocatello, Idaho on December 12, 2018 from 9:00 am until 11:00 am.  Funeral services will be conducted at 11:00 AM at the church.  Interment will follow services at the Rest Lawn Cemetery, Pocatello, Idaho.

Ball Family Chapel of Kemmerer, WY has been entrusted with funeral arrangements.

To order memorial trees or send flowers to the family in memory of Barbara H Jones, please visit our flower store.