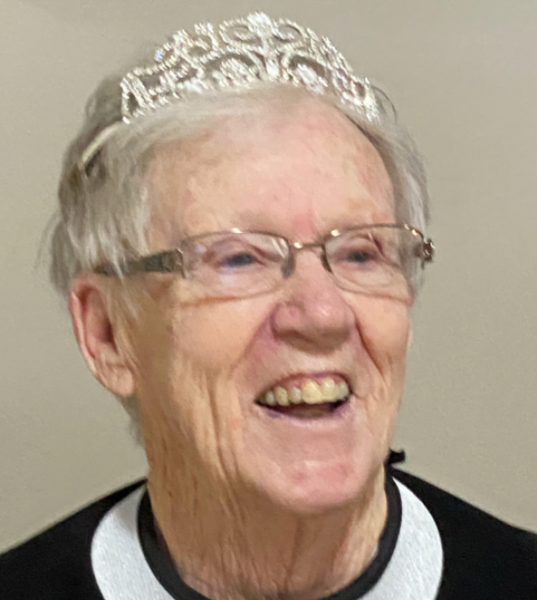 Our loving mother, grandmother, aunt, sister, and dear friend, Bernice Irene Gamble Thoman, passed away at home on February 9, 2021. Bernice was born at home in Oakley, Wyoming on January 28, 1932, the only daughter of Irving Blaine Gamble and Alison K. Gamble. She joined two brothers; Roy and Keith who adored their little sister.

Bernice married Virgil Henry Thoman on May 9, 1949 and was later sealed in the Salt Lake Temple on April 4, 1966. Following their marriage, their first home was a sheep camp, and over the next 69 years would move more than twenty five times to various ranches around LaBarge.

Bernice got her GED (this was a very proud day for her) and became certified in Income Tax preparation. She played the piano by ear but could also read music. She played the clarinet in high school. She was the pianist for the LaBarge Ward most of the time after the family joined The Church of Jesus Christ of Latter Day Saints in 1965. She served in nearly every calling in the Church including eight years as the Seminary teacher. She was an excellant genealogist and compiled several volumes of family history. Bernice and Virgil served as missionaries at the Geneology Library in Salt Lake City after they retired. She loved babies and children and would hold and love on every child that came her way. She worked as a waitress and cook at many places in LaBarge. She was the school cook for several years; making everything from scratch. She made wonderful bread and rolls. Service in the Church and community was the hallmark of her life. She spent countless hours helping others and always knew what to do to make them happy or console them

Bernice is preceded in death by her husband, Virgil H. Thoman, a son, David, grandsons, Anton Elmlinger, and Matthew Vickery, as well as her parents, Blaine and Alison, and her brothers, Roy and Keith.

She will be missed by her family and friends for her spunky, fiesty, down to earth way of looking at life. She was our hero.

To order memorial trees or send flowers to the family in memory of Bernice Irene Thoman, please visit our flower store.