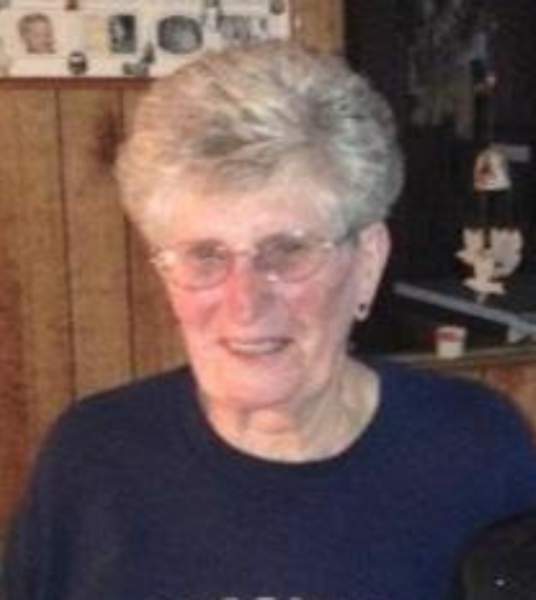 Bette R. Breese, age 86, passed away on December 6, 2021 at Rocky Mountain Care Center in Evanston, WY; with her daughter by her side.

Bette was born on October 11, 1935 to Florence and Leo Sudonick in San Coulee, Montana. At the age of four the family moved to Diamondville, Wyoming. Bette attended schools in Diamondville & Frontier, WY. After graduation from high school, Bette went to San Fransisco, CA with a girlfriend to start a new adventure in life. Thats where she met her loving husband, Howard. They were married on July 23, 1955 in Reno, Nevada. They moved to Diamondville to make it their home, and that’s where they started thier family. They soon had a daughter, Nancy Joe, then five years later had a daughter, Diane Marie; and one year later, they had a son, Michael Howard, and four years after that a son, Jeffrey Scott was born which completed their family.

Bette had many jobs and was a hard working lady. She always had a job plus raised her family. She was very particular about herself and her home. She enjoyed reading, doing wordsearch books, watching WWF wrestling and was a good sitter when we all needed one. She also looked forward to vacation in Las Vegas with Howard. After Howard passed away, she wasl always lonely without him and longed to be with him again. She missed him dearly.

Bette didn’t have a problem telling you what she thought. You knew if she liked you or not. As her granddaughter said, she was the fire, just like the sky was on the morning she left us, the sunrise was beautiful. She would always say she was going to Rosie’s for a drink when you’d ask her where she’d been, but funny thing is she didn’t even drink, and that always made us laugh. She alway said if there’s anything I can do for you, just let me know. She loved her children, grandchildren, and great grandchildren. She will be missed dearly by her family & friends. She was a strong lady & fought hard till the very end.

She is preceded in death by her husband, Howard, her parents, and grandmother, and several aunts and uncles.

To order memorial trees or send flowers to the family in memory of Bette R. Breese, please visit our flower store.