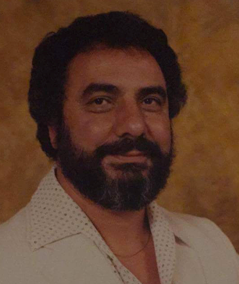 Carl John Martin, born July 27, 1933 to Carlos Martinez and Belle Zaccardi in Poctello, Idaho passed away peacefully in Kemmerer Wyoming on June 3, 2018 while in South Lincoln Medical Center following a 7 month bout with lung cancer. Our family could not be more appreciative of the caregivers in the hospital, Best Home Health,the Veterans Administration and the many friends who spent time helping him during these last days. Also thanks to Vince and Tony Tomaci of E&L Motors for their generosity as his employer, especially during his last days.

Carl grew up in Pocatello, Idaho and attended High School there.  He also graduated from Weber State College.  Carl,served in the Air Force during the Korean war in 1950 and was honorably discharged in 1952.  He soon went to work at Hill Air Force Base in Utah then subsequently joined with a partner to start a data processing business in Salt Lake City called Western Registrar. While at HAFB he met and married Wanda Mattson Lunsford (Centerville UT).  Together they had 4 children (Rick, Tony, Terry and Linda) then later divorced.  He also raised a stepson Bruce Draney (Draper UT).

Eventually he moved to Wyoming to work as a car salesman working in Rock Springs, then Kemmerer for the rest of his life.  His love for Kemmerer and the people there never diminished.

A brief celebration of life will be held at the Fraternal Order of Eagles Hall located at 806 Klondyke Street, Kemmerer, Wyoming 83101 this Saturday June 9 from noon to 1PM.  Special thanks to the Order of Eagles for supplying the hall and refreshments.

To order memorial trees or send flowers to the family in memory of Carl John Martin, please visit our flower store.