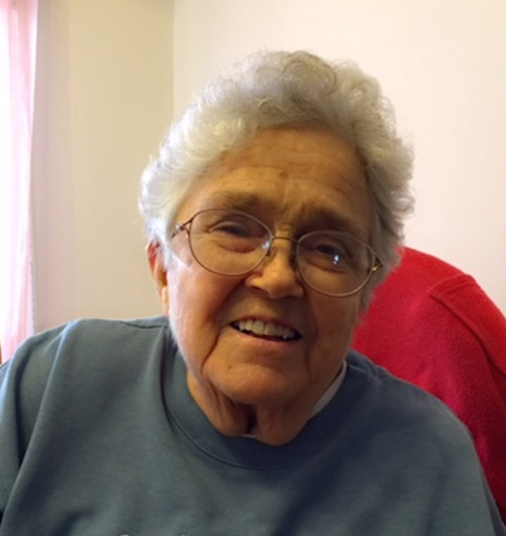 Carol Jean Kirkwood Ness, passed away on Saturday, September 23, 2017 at her home in Kemmerer, surrounded by her loving children, and their spouses.

Carol was born on July 27, 1932, the daughter of George Sr. and Rachel (Armstrong) Kirkwood.  She was raised and educated in Kemmerer, WY.  She married Thomas Ness, Jr. On November 14, 1953 in Kemmerer, Wyoming.  She worked for numerous years as a executive secretary, for various companies.  She and her husband, Tom purchased the Kemmerer Bakery in 1972.  Carol and Tom owned and operated the Kemmerer Bakery for numerous years.

Carol was a longtime fan of the Wyoming Cowboys, and in fact at the time of her death, the television was on and the Wyoming Cowboys had just scored a touchdown as she passed away.  Some of the best years of her life were spent in the Hoback, camping with those she loved the most, her husband, her children, her grandchildren, and great grandchildren.  She loved to sew, and had a huge crush on John Wayne.  She had a passion to play any kind of a board game with her children, and grandchildren.  Carol thrived upon her grandchildren.  They, were the light of her life, and they lifted her up and made her heart smile.

She was preceded in death by her parents, her husband, Thomas Ness, Jr.; her infant son, James David, and her brothers, George Kirkwood Jr.; William Kirkwood, and Arthur Kirkwood.

To order memorial trees or send flowers to the family in memory of Carol Jean Ness, please visit our flower store.