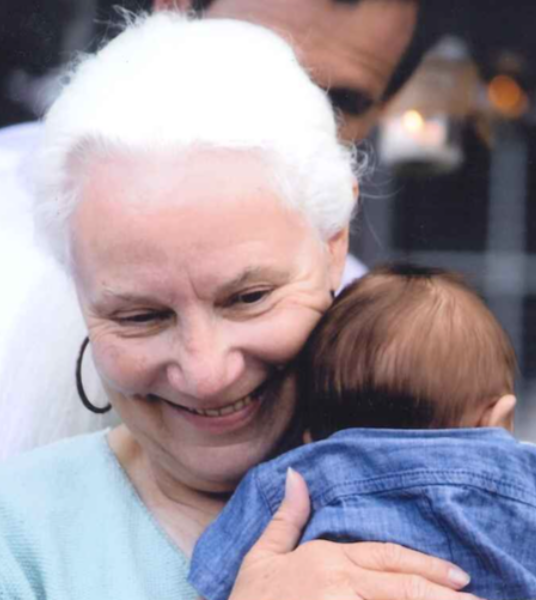 Deceased: 2021, March 26th
Christy was born on December 5, 1948 in Provo Utah. She was raised by her parents Bill and Shirley Mower in American Fork and later moved to Kemmerer Wyoming. She graduated from Kemmerer High in 1967 where she was a member of the Pep Club and a wonderful student, after which she attended college in Denver Colorado and became an x-ray technician; later on changing careers to work as a stenographer and a court reporter.
One night Christy was out to dinner at Viva Naughton with her parents and met Larry. He thought she looked pretty good and she must have thought the same about him; they were married one year later in 1979 even though those closest to Larry warned her against it.
Early in her career as an x-ray tech she worked in LaJolla California. She loved working in the medical field and had many stories of x-raying many famous people. Among those, were Buck Owens and her favorite was John Wayne. She remembers walking out into the waiting room and calling, “Mr. Wayne?” and a big tall man walked around the corner and it was John Wayne. After that she continued as an xray tech and lived for a time in her favorite Salt Lake City. She came home and decided to get trained in stenography and worked as a court reporter for many years.
After she and Larry married, she became a mother and soon a grandmother. She spent most of her next 20 years at the lake and Viva Naughton II hosting fishing derbies, poker runs, weddings, anniversaries, dance dinners, retirement parties and Christmas parties, catering and helping people celebrate and make memories. She was welcoming, fun and always ready to share a shot.
From shots to temples, Larry and Christy were sealed in the Ogden Temple in ….2006?
After retiring from the lake Larry and Christy continued to cater, they loved to travel, watch baskball, the visited many temples, attended many events for grandkids and provided many services for their community and church callings
Christy managed the Kemmerer Food Bank for many years. She built it up, provided awareness, and it became a quality staple for many families in need and it is one of the best food banks in the state. Her efforts and legacy are continued today by her close colleagues. Everything Christy did she always had her Food Bank patrons in mind and heart.
She always gave her all to her church callings. She served as the organist, primary teacher, relief society, and her most dear calling was the Addiction recover program. She spent the last 20 years of her life in full service of her family and her community. One of her favorites was playing Mr. and Mrs. Clause at Christmas. She also loved the last years she spent being a care-taker for her mother and father.
Her greatest love was knowledge and reading. She read every spare moment. Most of what she read was gospel doctrine and literature. She spent much of her time growing close to the lord and strengthening her testimony.
Preceded in death: by both her parents Bill and Shirley, Brother Rikki, sister Pam and Nephew Mathew.

Survived by: Husband Larry, children Celene Gunter, LaVerne Marchione, and Brian (Wendy) Cook and Bob Robinson (foster son). Grandchildren Jennifer, Danniel, Austin, Gavin, Jordan, Bailey, Carrera, Garrison, Kade, Shannon and little Jennifer. And 19 Great Children. Her sisters Billy (Lonnie) Woodbridge, Bobby (Eric) Rudy, and John (Carole) Mower and many nieces and nephews and great nieces and nephews.
Funeral services will be conducted on Monday, April 5, 2021 at 1:00 PM at the Kemmerer LDS Stake Center, with a viewing to be held one hour prior to services at the church. Interment will follow services at the South Lincoln Cemetery, Kemmerer, WY.
Ball Family Chapel of Kemmerer has been entrusted to arrangements.

To order memorial trees or send flowers to the family in memory of Christy Cook, please visit our flower store.