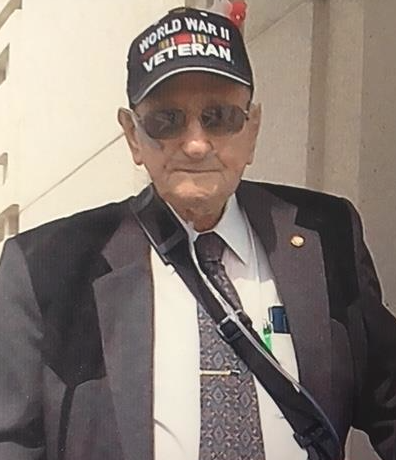 Clarence was born March 31st, 1922 on the Haddenham Ranch along the Green River, assisted by his mid-wife grandmother Mary Jane Haddenham.

He was a survivor of the WWII D-Day Invasion on Omaha Beach and five separate campaigns; Normandy, Northern France, Ardennes, Rhineland and Central Europe.  After honorary discharge from the Army he returned home to Wyoming and started a career in the oil-fields and ranching.

He was a public servant and served three terms on the Big Piney School board as a trustee.  He was active in the Scouting program and was awarded the highest honor of Silver Beaver.  He was a 4-H Leader.  Along with serving many positions in the Church of Jesus Christ of Latter Day Saints.

He is survived by his wife Mary, of 71 years.  Children - Evelyn, Alan and Nona.  Seven grandchildren, nine great-grandchildren and multiple nieces and nephews.

To order memorial trees or send flowers to the family in memory of Clarence W. Vickrey, please visit our flower store.
Send a Sympathy Card