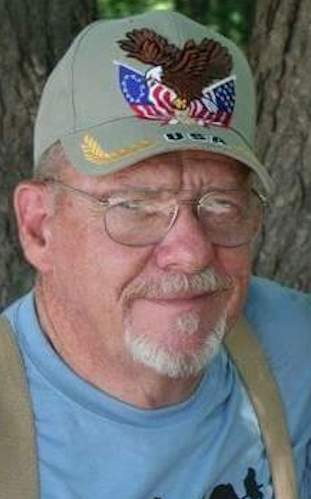 Clifford Ray Boyd was born in Kansas City, Kansas on the tenth of January in 1942. He was the second of six children born to Robert Arthur Boyd and Vivian Asher Boyd.

Cliff’s favorite childhood memories are from the years his family spent on a farm near Jane, Missouri. He moved to California as a young adult where he enlisted in the US Army and was stationed in Germany.

After returning to California he became a member of the Church of Jesus Christ of Latter-day Saints, married in 1964, and had two daughters. The family lived briefly in Arizona before settling in Provo, Utah. Clifford divorced and remarried in 1970. He had two sons and three more daughters with his new wife while working at BYU. He enjoyed being assigned to help with the Provo Temple Grounds while it was being built. He also worked as a church building’s custodian. In 1979 he divorced and remarried again, relocating to Orem, Utah, where he raised four more sons and one additional daughter. He was employed by the Provo School District, where he managed their warehouse before working several years for Truman’s Auto Repair in Orem. He was then hired at Timpview High School in Provo, Utah, as a grounds keeper. He was promoted to Head Custodian where he served with integrity and a love for the students that went beyond what was expected. He had many opportunities to mentor others and would work diligently to instill a positive work ethic as well as feelings of self-worth to struggling students. He was awarded “Employee of the Year for Custodial Service” by the Provo School District School Board and the Provo Educational Support Professional Association. He retired in 2011 after many years of faithful service.

He will be remembered for his love of giving service.

Funeral services will be conducted on Monday, April 25, 2016 at 9:30 A.M. at the Cherry Hill Third Ward building in Orem, UT. 1650 South 200 East.  Visitation will be held on Sunday evening, April 24, 2016 from 6:00PM until 8:00 P.M. also at the Cherry Hill Third Ward LDS Church in Orem; and also from 8:00 A.M. until time of services on Monday.  Interment with full military honors will follow services at the Lindon City Cemetery, Lindon, UT.

To order memorial trees or send flowers to the family in memory of Clifford Ray Boyd, Sr., please visit our flower store.