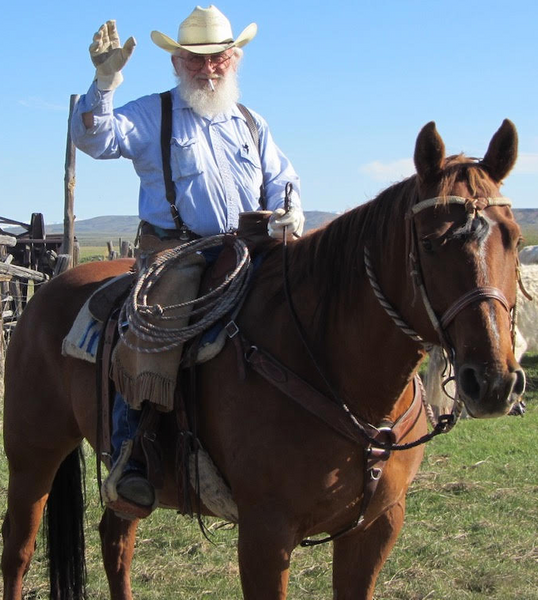 Clyde attended schools in Frontier and Kemmerer. He enlisted in the US Army in 1967, where he proudly served his country until 1973. He married Marsha Marshinsky on July 24, 1970 in Kemmerer, Wyoming. To this union two sons were born, Casey and Brett Clark. Clyde was a proud member of the American Legion, UMWA Local 1307 and the NRA. He worked for several ranches in his younger years in both Wyoming and Idaho. He was then hired on at the Coke Plant and then later at the local coal mine, where he retired in 2012. He enjoyed riding and shoeing horses, and branding at the family ranch. He also enjoyed hunting, fishing, pack trips, telling jokes, and time spent with family and good friends. He enjoyed playing Santa Claus at local places around town.

Clyde is survived by his two sons, Casey (Robin) Clark of Kemmerer, Brett (Mel) of Pinedale, 8 grandchildren, and 19 great-grandchildren. He is also survived by two brothers, Bob (Mary) of Clark, Wyoming, Dennis (Roberta) of Diamondville, Wyoming and his sister Cindy (Gary) Skillin of Kemmerer, along with several cousins, nephews and nieces.

Clyde is proceeded in death by his loving wife of 50 years Marsha Clark, his parents Clyde and Betty Clark, in laws Andy and Vanetta Marshinsky and several other family members.

Services for Clyde will be held at Ball Family Chapel on April 26, 2022 at 11:00am, with Military Honors to follow immediately.

Memorial donations are being accepted at Bank Of The West in Kemmerer, Wyoming.

To order memorial trees or send flowers to the family in memory of Clyde Vaughn Clark, please visit our flower store.