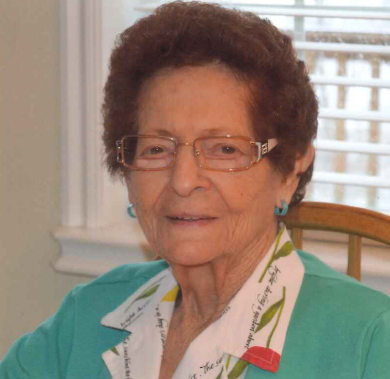 She died at the South Lincoln Medical Center in Kemmerer, Wyoming.

Connie was born on October 31, 1926 to Amilil and Felicia Victoria (Zappacosta) Velloni, in San Francisco, CA.  She was raised in the Northern California area between San Francisco and San Jose until she moved to Ogden, Utah and completed high school at Ogden High School, afterwhich she worked at Hill Air Force Base during the second World War as a ammunition and weapons inspector.  She also oversaw German and Italian prisoners of war who assembled and packed the weapons.

Connie moved to Kemmerer, WY. In the summer of 1945 with her mother and step father Bob Smith.  Her sisters Josephine Borino and Jennie Koviac also came with them.  Shortly after moving to Kemmerer, she met the love of her life, David M. Nelson of Opal, WY.  After a very short courtship, they were married on November 15, 1945, by Judge J.A. Christmas at the Kemmerer Courthouse.  Connie and David were married for 69 years.  This union was blessed with four boys and two girls.

Connie is preceded in death by her husband of 69 yrs., David M. Nelson, her sons, David and Steven Nelson, one grandson Barry Hankin, her parents, her sisters, Josephine Borino, Jennie Koviac, and her brother, Carmen Velloni.

At her request, cremation will take place under the care of Ball Family Chapel.  Graveside services will take place later this summer.  Memorial donations may be made to that of the donor’s choice, and would be greatly appreciated.

To order memorial trees or send flowers to the family in memory of Constance Marie Nelson, please visit our flower store.
Send a Sympathy Card