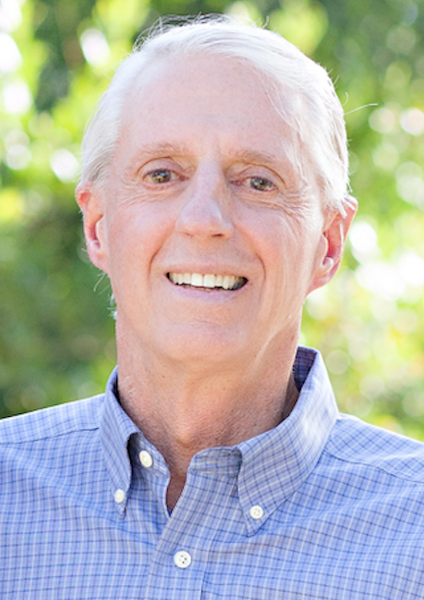 Craig Arthur Knight passed away from Alzheimer’s disease on June 19, 2019 in Park City, Utah, surrounded by his loving family.

Craig was born March 20, 1944 in Riverside, New Jersey to Arthur Knight, Jr. and Shirley Linnie Green.  He moved with his family to Laguna Beach, California in 1960. He graduated from San Diego State in 1967 with a degree in Civil Engineering. He was the first one in the Knight Family to graduate from college.  He married Cathy Adela Larson on August 2, 1969 in Laguna Beach.

Craig always loved to be outdoors and became a skilled golfer as the family home in New Jersey was adjacent to a golf course.   In Laguna Beach he developed a lifelong passion for body surfing and snorkeling in the Pacific Ocean. During college he regularly cycled from Laguna to Dana Point.  He was a skilled and patient teacher and his wife and children are the beneficiaries of weekends and vacations spent in active sports; swimming, golfing, water skiing, hiking, and cycling.  A personal goal was to cycle Emigration Canyon 5 days a week all year long whenever possible.

Craig and Cathy’s courtship was of course at the beach, staying with his parents and friends. After their marriage, they lived in San Diego and Los Angeles; deciding that the crowds were difficult, they moved to Steamboat Springs, Colorado where they enjoyed snow skiing, hiking, and rafting on the Yampa River.  In 1973 they moved to Salt Lake City, Utah. Craig enjoyed his employment with the Janss Corporation, especially the trips to Sun Valley as guests of the owners.

Rycor is the construction company Craig created in 1979. He built over 160 homes, a number of commercial buildings and multi-family residences, in the Salt Lake Valley, Las Vegas and Laguna Beach. While building in Laguna Beach, he and a friend swam in the ocean most mornings before work.  A frightening event occurred when he was swimming in the ocean and saw fins too close for comfort. He knew he couldn’t beat them to shore and was extremely relieved when the fins turned out to be a pod of dolphins.

Craig was baptized a member of the Church of Jesus Christ of Latter-day Saints in May 1988, and was sealed to his wife and children on April 25, 1990 in the Logan Temple.  He was thrilled to accept any calling and gave his heart and soul to each assignment. He especially enjoyed serving with Bishop Bud Scruggs in the University of Utah student ward; and participated with the young adults in many outdoor adventures such as camping, hiking and river running along with the spiritual opportunities the bishopric provided. A highlight in Craig’s church callings was when he and Cathy served in the Canada, Vancouver Mission 2006-2007.  After returning from the mission, he accepted an assignment in the Salt Lake Temple Baptistery.

In 2015 Craig and Cathy moved to Park City to be closer to their family.  Having the children and grandchildren close by turned out to be a great blessing as Craig’s activities diminished and his dementia progressed.

The Knights are the parents of three children and ten grandchildren; the delight of Craig’s life was spending time with them in the outdoors, and patiently teaching each child and grandchild to drive.  He enjoyed including friends of his children, the more the merrier, on family vacations to Laguna Beach, Sun Valley, Idaho, and Jackson Lake, Wyoming. Family friends to this day remember with fondness his ability to inspire a desire to learn new skills.

The family sincerely appreciates the staff of Beehive Homes of Park City and the doctors and nurses at Park City Hospital for attentive kindness that made his final days more comfortable.

To order memorial trees or send flowers to the family in memory of Craig Arthur Knight, please visit our flower store.