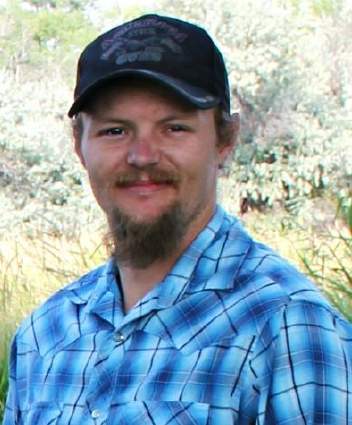 Dan was born on February 4,1989, in Cheyenne, WY, to Gerald Lee Ramsey and Wendy Jean Baird (Hartley). Later his family moved to Worland, WY, which is where Dan grew up.

Dan grew up on a small family ranch west of town on Gooseberry Rd. He always loved being outdoors hiking, swimming, fishing and hunting. He attended Westside Elementary followed by Worland Middle School. While in middle school, Dan played on the Braves football and wrestling teams.

He then attended Worland High School. During high school, Dan again played on the Warrior football and wrestling teams. He was also a part of the local Chief Washakie FFA. During high school he got to travel to Louisville, Kentucky, to attend the National FFA Convention.

Dan enjoyed taking chemistry, English and German. Dan’s favorite class was creative writing with Mr. McGee. Dan would spend hours writing poetry and short stories, and then would share them with Mr. McGee. Dan always valued his comments and opinions towards his work. Dan looked up to Mr. McGee as a great mentor.

He was also a 4-H member for eight years, showing horses, steers, sheep, pigs and doing shooting sports. Dan and his sister Dixie both traveled to many camps over their years in the 4-H program. Dan really enjoyed teaching swing dancing to the younger kids while at the local 4-H camp. Dan was great with helping the younger children with their projects.

After high school, Dan enlisted in the Army National Guard. He loved to serve his country. During his enlistment, he was deployed in April 2009, for a year in Kuwait.

After returning from deployment, Dan had a son, Jasper Ramsey. He loved to spend time with his son, whenever he had the chance. They would spend days playing games and spending time outdoors, flying kites or playing on the slip and slide. Japser was one of the greatest joys in his life. Dan loved being a father and the fun uncle.

Dan finally moved home in August, 2017, to be with his mom, sister and his son. While living in Worland, Dan worked for Wyoming Sugar as a laborer. Over his years, Dan made many friends as part of the online gaming community. He was greatly admired and respected by so many of the friends that he made over the years. He was always willing to help those in need, without asking for anything in return. Dan had a huge heart and was loved by so many family and friends.

Dan is survived by his son Jasper Ramsey of Powell, WY. His mother Wendy Baird (Hartley) and her significant other Jerome Soneson of Worland, WY. His father, Gerald Ramsey and wife Brandy Ramsey (Cook) of Kimball NE. His sister, Dixie Cochrane (Ramsey), her significant other Jon Short and their 3 kids: Levi, Emma, and Jace Cochrane of Worland, WY. Grandfather Dan Hartley of Worland WY. Grandparents James and Susan Eckert of Battle Mountain, Nevada, and many more family and close friends.

Dan was preceded in death by his grandparents Charlie and Dixie Ann Ramsey of Dix, Nebraska.

Memorial donations can be sent to his mother Wendy Baird in honor of Dan’s name. Address: P.O. Box 1032, Worland, WY 82401, or dropped off at Sunlight Federal Credit Union of Worland, WY, made out to his name.

To order memorial trees or send flowers to the family in memory of Dan Lee Ramsey, please visit our flower store.