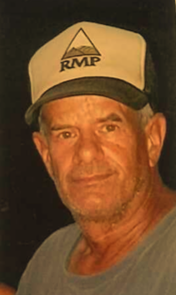 Daniel Wallace Sackett came into this world on March 18, 1962; born to Kenneth Leroy Sackett and Eugenia Burdett Patton.  He had one older brother and a younger sister.  Dan was born and raised in Newcastle, Wyoming.  After leaving High School, Dan joined the Army and was honorably discharged and serving for two years.  He moved to Kemmerer in the late 1980’s.  Dan spent many years working in the oil fields of Wyoming, Colorado and Texas.

Dan is preceded in death by his father, Kenneth and his older brother, Wayne Sackett.

Dan is survived by his mother, Jean Patton, a sister, Kathy Sackett, and a nephew Cody Sackett.

No services are planned at this time.

To order memorial trees or send flowers to the family in memory of Daniel Wallace Sackett, please visit our flower store.