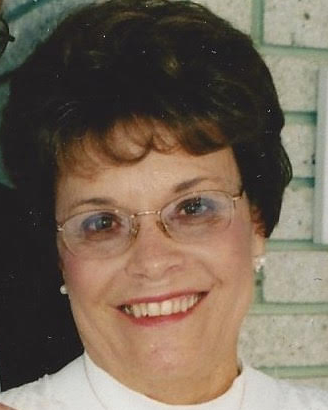 We are sad to announce the death of Darlene Anelli Thornock, age 87, on January 1st, 2023, Darlene passed away at UC Health Medical Center of the Rockies in Loveland, Colorado. Darlene was living at the Lodge in Greeley Colorado, where she had been living with her husband, Joe, who had just recently passed away. Darlene was born February 17, 1935, in Kemmerer, Wyoming.

Darlene was  a faithful member of The Church of Jesus Christ of Latter-day Saints. She served her Heavenly Father in many positions. Her first calling was in a Primary Presidency. Then she was called as a Relief Society President and a Young Woman Advisor. She later served as a Stake Young Women’s Presidency Counselor, where she established life long friendships with many women in Kemmerer with whom she had served. Darlene never rested. She served wherever the Lord needed her. Some of her other callings were nursery, librarian, and Sunday school teacher. When Joe got called to the Stake Presidency, Darlene supported Joe and President Balch for nine years. She brought them lunches every Sunday that they were in Kemmerer for meetings.

Darlene attended Diamondville Elementary until eighth grade and then transferred to Kemmerer High School. She graduated in 1953.

Darlene married her High School sweetheart, Joe, at Uncle B’s home in Diamondville, Wyoming, on June 19, 1954. They were later sealed for time and all eternity in the Salt Lake Temple on May 18, 1973. Two years after Darlene and Joe got married and Joe had completed basic training, Darlene traveled to Kentucky and lived there for 18 months. Darlene followed Joe to several locations around the state for the phone company. They put down roots in Kemmerer in 1963. They remained in Kemmerer until they sold their home in 2018 and went to Colorado to be closer to Don and family.

She worked as a secretary at C.O. Brown Plumbing in Kemmerer, and then JC Penney in Rock Springs. Darlene spent the remaining time working in Kemmerer with Danny Griff at CAS. She also enjoyed greeting and working with the local community as a Tax Preparations / Accounting secretary for 30 years.

Don, or Donny Boy as he was called when he was young, was born on February 24, 1967, to the waiting arms of Darlene and Joe in Kemmerer Wyoming. After a few weeks, Darlene started to wonder how she was going to handle twenty more years of this thing called motherhood with all the sleepless nights.  However, she found so much joy once Don started playing sports, and she got to go and watch him play football, basketball and track. They loved traveling across the state following Don to games and track meets.

Darlene’s hobbies included sewing, crocheting, crossword puzzles, crafts, scrapbooking, cooking and watching the Colorado Rookies. Darlene’s basement was the Hobby Lobby of Kemmerer. She enjoyed decorating her home and keeping it neat, clean, and immaculate; she would have given Martha Stewart a run for her money. Darlene also enjoyed glamping way before glamping was a thing. Darlene also enjoyed singing alto in many church and women’s choirs. She had a great love for music, and loved the friendships she made while singing.

A viewing will be held Friday, January 13, 2023 at 10:00 am in the Kemmerer Wyoming LDS Stake Center with services to follow at 11:00 am. Internment will be following at the Diamondville Cemetery, Diamondville, WY

To order memorial trees or send flowers to the family in memory of Darlene Thornock, please visit our flower store.