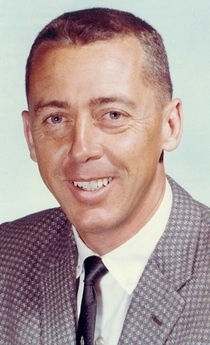 David and Ellen were blessed with three children, a daughter, Valery (Roger Alan) Burnett, and sons, Michael E. (Linda Durrant) Bird, and Mark Lee (Lynda Mayne) Bird.
He is also survived by nineteen grandchildren and thirty eight great grandchildren, with three in the basket;  by a sister and brother,  Alta Bird Bettridge, and Edward Lloyd Wilkey.

David graduated from Utah State University and taught science, math and coached high school sports.  He also worked as a USDA Food Inspector.  He was a hard worker and enjoyed his little 14 acre ranch near Fariview, Utah where he cared for farm animals and raised hay.  David was a bee keeper, loved sports and  served in the Korean War as a member of the United States Army.  He loved and supported the Constitution of The United States.

David was very generous to those less fortunate and supported his family in every trial or hardship they faced.  He impacted many lives and will be missed by those who knew him.

Graveside services and interment will be conducted on Monday, March 23, 2015 at 11:00 A.M. At the Vine Bluff Cemetery, Nephi, Utah.

To order memorial trees or send flowers to the family in memory of David Charles Bird, please visit our flower store.