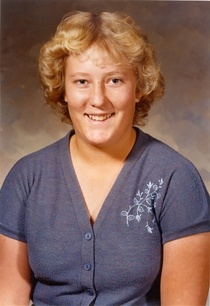 Debra Kay Warpness, age 50, passed peacefully, surrounded by people she loved and cared about the most, her family, on October 15, 2014 at South Lincoln Medical Center, in Kemmerer, WY.  She was born on February 9, 1964, in Kemmerer, Wyoming, the daughter of James and Joyce McCloud.

Debbie had four sisters, and one brother.  She was the oldest out of all of her siblings, and they often referred to her as the “President” of the family.  Debbie and her siblings were all very close, and when they had children, they all became even closer.  Debbie enjoyed working.  She had been working since the age of 10.  She loved to sing, and make everyone laugh.  She also enjoyed telling jokes.  She always cared more for everyone else and would do whatever she could do to make people happy around her.  She loved life.  She was very spontaneous an would always take her family on surprise road trips.  Debbie adored her family.

Debbie married Adrian Scott Warpness, on June 22, 1991, and they continued to live in Kemmerer, WY.  Debbie and Scott had two children together, Jameson, and Jorden.  Debbie loved having family gatherings and being part of such a large family

Debbie is survived by her parents, James and Joyce McCloud, her husband, Scott Warpness, her children, Jameson and Jorden, her siblings, and brothers in laws, numerous nieces, nephews, aunts, uncles, and cousins; and a step daughter, Misty Warpness; two grandchildren, Tyler and Ethan Davis.

Debbie will be greatly missed by everyone who knew her.

Debbies wishes were to be cremated, and graveside services and inurnment will be conducted on Tuesday, October 21, 2014 at 10:00 A.M. At the South Lincoln Cemetery, Kemmerer, WY.

To order memorial trees or send flowers to the family in memory of Debra Kay Warpness, please visit our flower store.