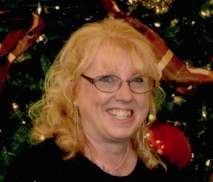 Dorothy Gail Brooks, age 55, passed away at the home of her sister on Wednesday, March 9, 2016 in Kemmerer, WY.  Dorothy was born on July 8, 1960 in Grand Rapids, Michigan, the daughter of Harold Edward and Nancy Josephine (Young) Brooks.

Dorothy especially enjoyed spending time with her loving family.  She loved to go camping, and kayaking, and just enjoyed being in the great outdoors.  Her life was her grandchildren, and she loved every minute she could treasure with them.

She was preceded in death by her parents, one brother, Rick, and a grandchild, Chace.

As per her wishes, Dorothy was cremated under the entrusted care of Ball Family Chapel of Kemmerer, WY.

To order memorial trees or send flowers to the family in memory of Dorothy Gail Brooks, please visit our flower store.