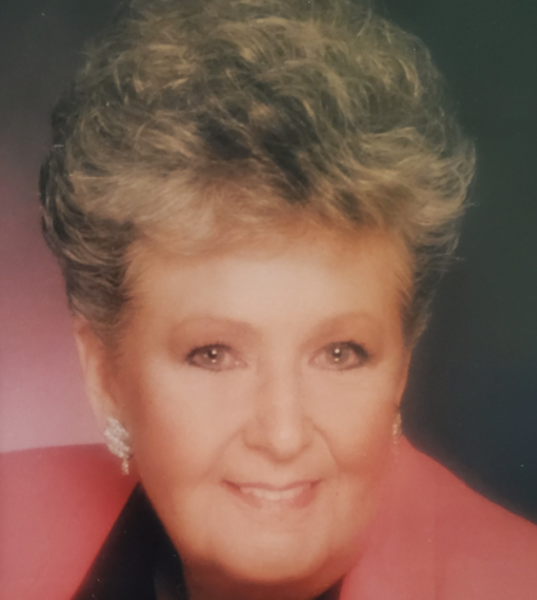 Duveen had completed her Junior year at North Cache High School when she married Bruce Richards Hymas on June 20, 1949 in the Logan Temple. At the end of the summer they moved to Los Angeles, California for Bruce to attend radio broadcast school. Not long after arriving in Los Angeles, Bruce took Duveen to enroll in the local high school for her Senior year. There she endeared herself to the Home economics teacher because she could sew and because she could crochet. She taught the class to crochet and together they made little baby booties for the babies in the community.

Their first child, Sharron, came to Duveen and Bruce the next May. Three years later in June came Richard, and in another year Paula was born in October. Their family was complete.

From Los Angeles, Bruce and Duveen moved 21 times and lived in various communities in California and Utah until they arrived in Kemmerer in 1965 when Bruce purchased KMER radio, which was their dream to own their own station.

Duveen learned to sew at the young age of 13 and sewed her own clothes and then clothes for her children. She discovered that she had a real talent and found that she could make extra money by sewing for others. Duveen had the unique and wonderful ability to create clothing and fit them perfectly to the person she was sewing for. She quickly became a professional seamstress making bridal dresses, formals, mens suits, uniforms, and baby blessing dresses, etc. She always said, “If it can be sewn, I can sew it.” And she did! She could make anything for anyone from just a picture. She created and made dozens of beautiful Father Christmases that won her numerous awards. She soon was happiest making bassinet sets, blessing dresses, play clothes, and Halloween costumes for her 11 grandchildren.

They loved their life in Kemmerer. Bruce became Bishop of his ward in the Church of Jesus Christ of Latter Day Saints. KMER flourished and they built a new building. They had many friends and were highly active in community activities.

On May 21, 1971, Bruce’s airplane crashed in the Wind River Mountains leaving Duveen a widow at age 39. Her world was turned upside down, but the support of the community was enormous and much welcomed and appreciated. Sharron and her husband, Alan, came home to run KMER for her. And then her first Granddaughter, Lori, came into the picture.

Duveen met Ronald Gunter and on January 5, 1973 they were married. Duveen became a cowgirl! What a fun life of rodeos, roping, and ranching. More and more little grand cowgirls and cowboys came into the corral: Destry, Derrick, Dallas, Devin, and Daisha to Paula and Mark. Jessica and Jaclyn to Richard and Bobbie. Along with Lori, came Jamison, Kiley, and Nicki to Sharron and Alan. They loved Grandma and Grandpa Ron. Grandma always had candy and pop, and Ron always had a couple of bucks in his pocket for each of them.

Duveen lost Ron on February 5, 2015. Another heartbreaking event that brought support and love from the Kemmerer community for Duveen. She continued to sew and make her famous Father Christmases. She was always busy and extremely dedicated to her church callings and assignments. She loved the Gospel, and she loved her Heavenly Father and her brother Jesus Christ. She strived to live every day to honor them.

To order memorial trees or send flowers to the family in memory of Duveen Gunter, please visit our flower store.