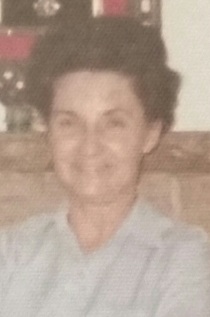 Edith Mary Bertot, age 93, passed away at South Lincoln Nursing Center, Kemmerer, Wyoming, on Thursday, March 5, 2015.  She was born on October 25, 1921 in Kemmerer, Wyoming, the daughter of William and Mary Edith (Parr) Ferguson.

Edith loved the outdoors.  She would spend countless hours during the summer taking care of her garden and flowers in her yard.  She married Joseph D. Bertot on April 28, 1948 in Kemmerer, WY.

She was preceded in death by her parents, her husband, a son, Kim Bertot, a step son, Maury Bertot, a brother, Robert Ferguson, and a sister, Wilma Ferguson.

To order memorial trees or send flowers to the family in memory of Edith Mary Bertot, please visit our flower store.
Send a Sympathy Card