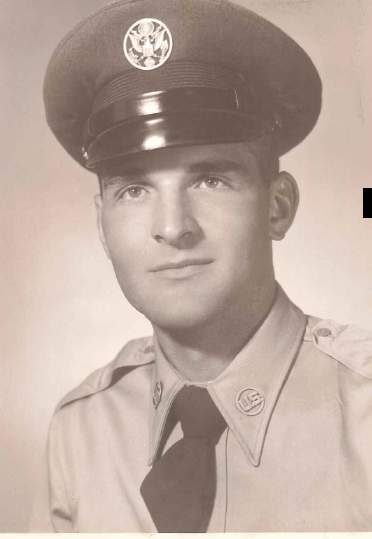 Edmund Eugene Paterno, age 82, died at his home on February 15, 2016.  He was born on May 7, 1933 in Kemmerer, Wyoming, the son of Celeste and Francis (Carotta) Paterno.  He married Marilyn Miller, and to this union, two children were born, Valerie and JoEllen.  He later divorced, and then he married his soul mate, Maxine Koford.  She preceded him in death, in February of 1998.

Ed loved being in the great outdoors of Wyoming, hunting, fishing, and camping.  He thourougly enjoyed rock hunting, arrowhead hunting, and going mushroom hunting.  He and Maxine had a place up at Lake Viva Naughton, and would spend their summers up at the lake.  He served his country in the U.S. Air Force, and spent time as a mechanic crew chief in the Air Force.

He is survived by his children, Valerie J. Davis, of Montpelier, ID.; and JoEllen (Bradley) Jensen of Paris, ID.; a step daughter, Lynda (Edward) Jensen, of Montpelier, ID.; and a step son, James Irving (Edith) of Star, ID.  He is survived by twelve grandchildren, and numerous great grandchildren.  He was preceded in death by his parents, and one brother, Robert Paterno.

Graveside services and interment will be conducted for Ed on Friday, February 19, 2016 at 11:00 A.M. At the Diamondville Cemetery, Diamondville, WY.

Memorial contributions may be made to that of the donors choice.

To order memorial trees or send flowers to the family in memory of Edmund Eugene Paterno, please visit our flower store.