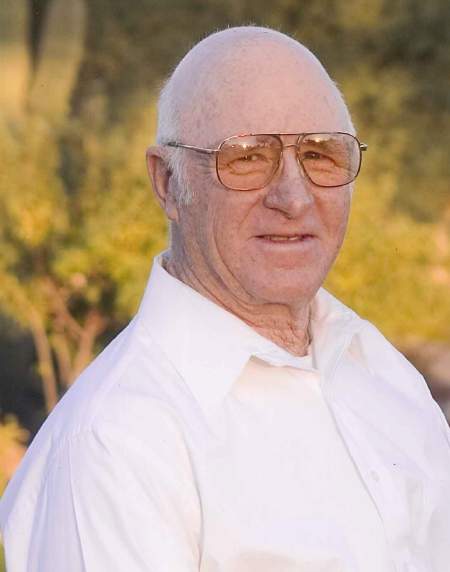 Edwin (Ted) Charles Cook passed away peacefully with his wife and four children by his side on Sunday, March 13, 2016 in Salt Lake City, Utah.  He was born at home on April 21, 1937 in Green River Wyoming to Edwin and Lillian Cook.   Ted grew up in Green River.  He and his family were easily identified by their flaming red hair.   He was a graduate of Green River High School in 1956.  Two years earlier he met and fell in love with a beautiful blonde girl from Winton, Wyoming.  He married Shirley Mae Clark on October 6, 1956 in Green River.   To this union came four children, two sons and two daughters.  Ted and Shirley were sealed together in the Salt Lake Temple on April 1, 1965.  Their children were sealed to them on that day as well.  Ted was looking forward with great anticipation to October 2016 as it would be their 60th wedding anniversary.

Ted worked most of his life in the energy industry.  He began his work life around the age of 7 delivering newspapers.  He helped construct the gas plant at Opal, Wyoming for El Paso Natural Gas and then began a 35 year career with El Paso, Northwest Pipeline and finally Williams Co. all at the same plant.  He was a self educated man who studied during his time off  through a correspondence course to better his ability to provide for his family.  This resulted in a degree and over twenty years as an Instrumentation/Controls technician for company.

Ted had two priorities in life, First, his personal relationship with God and Second, his family.  Every thing he accomplished in his life was based on his strong unconditional love for his family.  He loved his wife more than himself and his children and their spouses, grandchildren and great grandchildren in a manner that each felt like they were his favorite.

He had the gift of always looking for the good in others. He was very independent.  He shoveled snow and split firewood up until his passing.  He was known to shovel side walks and mow the lawns for the widows he home taught.

Ted took advantage of every second with his family to enjoy his beloved Wyoming.  Every grandchild was schooled in the fine art of fly fishing and many of them caught their first fish or shot their first big game animal with him at their side.  Camping, hunting, shooting, and taking rides to look for wild game were used to teach and tell stories.   Every outing became an adventure story that he would repeat thousands of times.  Those experiences were very close to his heart.  He continually taught his family to love Wyoming and the USA.   The greatest lessons taught in the mountains  often were an appreciation and love of God, his creations, and the Gospel of Jesus Christ.

Ted's love for his bride was immeasurable.   He was self sacrificing on her behalf from the time they met.  As he came to the close of his life, his biggest concern was for Shirley's well being after his departure.  He sought commitments from everyone he knew to watch out for her after he was gone (including hospital staff).

Ted was an avid advocate for youth.   He served over 5 decades as a volunteer in the Boy Scouts of America.  He served at almost every level and was recognized for his service with the District Award of Merit and the Silver Beaver.  Countless young men became Eagle Scouts because of his efforts.

He was a faithful member of The Church of Jesus Christ of Latter Day Saints and served faithfully in many capacities.  Attending his meetings on Sunday, to renew his covenants with God, was extremely important to him.  He celebrated the accomplishments of his posterity. He took great pride as they were married in the temple, served missions, earned their Eagle Scout awards, Duty to God awards, Young Women awards and competed successfully on the baseball diamond, volleyball court, and football field.  He did everything in his power to attend every child blessing, baptism and priesthood ordination and would get distressed if it wasn't possible to attend.

Ted is survived by his wife Shirley Cook of Kemmerer, WY and his four children,  Tom (Marie) Cook of Cody, WY,  Tammie (Gordon) Ball of Rock Springs, WY,  Teddie (Bob) Baldwin of Phoenix, AZ, and Jeff (Nadine) Cook of Glenns Ferry, ID.  He leaves behind 14 grandchildren, 11 great grandchildren, two brothers and two sisters.  Ted is also survived by many nieces, nephews and two sisters in law.  He was preceded in death by his parents, a sister and a brother.

The family would like to express sincere appreciation to the South Lincoln Medical Center staff and the Staff of the University of Utah Intensive Care Unit for their professionalism and sincere care as they served him during his last weeks of life.

Funeral Services will be held Saturday,  March 19th at 12:00 noon at the Kemmerer LDS Stake Center with Bishop Dearden conducting.

Interment will be held at the South Lincoln Cemetery, Kemmerer, WY.

To order memorial trees or send flowers to the family in memory of Edwin "Ted" Charles Cook, please visit our flower store.