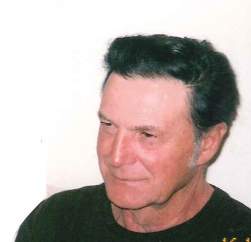 Ed worked on ranches around Kemmerer, and for the state highway department for awhile.  He was then drafted in the United States Army, in 1964 through 1966, with thirteen months spent in Vietnam.  After his military service, in 1967 he married his best friend, Barbara Stoddard, and to them, no children were born.  They were married for forty eight years.  Ed also worked for Kemmerer Coal Company and was employed there for thirty eight years.  He retired in 2000.  Ed and Barb worked on their home and yard for years.  Ed was a very good handyman and carpenter.  He loved to hunt, fish, and go camping, and snowmobiling.  He also enjoyed having horses for numerous years.  In their later years, they loved to travel around Wyoming, Utah, and Idaho with their camper and go trap shooting.

He is preceded in death by his parents, and grandparents.

Ed is survived by his wife, Barbara Ropelato, of Diamondville, WY.; and many aunts,  uncles, cousins, and nephews, Nic Gergen, and Jere McMillan; a niece, Jodi Biebinger, and great nephews, Matt and Heston McMillan; and a mother in law, Mary Ann Stoddard; a sister in law, Hazel Stoddard.

Mass of Christian burial will be conducted on Wednesday, June 1, 2016 at 10:00 A.M.; with a visitation being held one hour prior to the funeral mass.  Interment with full military honors will proceed the funeral services at the South Lincoln Cemetery, Kemmerer, WY.  Father David of St. Patrick’s Catholic Church will be the celebrant for the Mass.

Memorial donations may be made to the Kemmerer Senior Citizens Center, or to Brain Cancer Research.

Ball Family Chapel of Kemmerer, WY. Has been entrusted to arrangements.

To order memorial trees or send flowers to the family in memory of Edwin Ropelato, Jr., please visit our flower store.