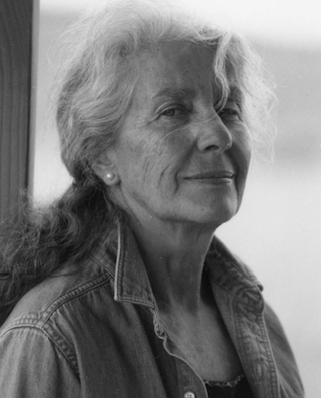 Florence passed away peacefully on July 26, 2022 in Salt Lake City, Utah. Florence was born in Kemmerer, Wyoming on October 30, 1926, the daughter of Matilda and Matt Bertagnolli. She grew up with her two sisters, Barbara and Dolores, on a sheep ranch on the lower Hamsfork. She first attended school in a one room school house in Opal, Wyoming and graduated from Kemmerer High School in 1944. Flo went on to college first at Berkeley, and then finished at the University of Wyoming with a bachelor’s degree in Zoology. Inspired by the suffering of children during what was then the height of the polio epidemic, she then obtained training in physical therapy at the Mayo Clinic. She practiced physical therapy in Salt Lake City.

She married Robert W. Krall in 1950. Having served in World War II, Robert was then called back to the Korean Conflict. While there, Flo gave birth to their first child, Kathryn Ann. Flo and Bob then joined Matt in ranching, and moved to Boulder, Wyoming to a cattle ranch. While there, Flo gave birth to two more children, Matthew and Mary Elyse (Lisi). They then moved to the ranch on the lower Hamsfork where their fourth child, Bobby, was born. They moved to Kemmerer in 1957 where Bob was employed by the Wyoming Highway Department until his retirement. Flo practiced physical therapy in Wyoming for several years, then obtained her teaching certificate and became a biology teacher. She was a well-loved and inspiring teacher to many students there. During this time, she was awarded a National Science Foundation Scholarship and completed master’s degree during summer breaks at Washington State University in Pullman, Washington. As a teacher at Kemmerer High School, she developed one of the very first curricula in the United States in ecology and founded the Kemmerer Outdoor Laboratory (KoLab), with a little stream-fed pond in a gully in the back of the high school. For this work, she was named the Wyoming High School Biology Teacher of the Year.

Her desire for learning then took her, along with her three youngest children, to the University of Utah where she obtained a PhD in education. As a graduate student, she was inspired by loitering students in the parking lot at East High School to develop the first alternative education program for at-risk high school students, a program that has expanded throughout the Salt Lake Valley and remains a central part of the education system today. Following obtaining her PhD, she was hired by the Education Department at the University of Utah and advanced to the rank of professor. For a time, she served as the Chairman of that department. She developed the first environmental education program at the University of Utah, a holistic program that inspired generations of teachers, activists, and writers with a connection to the natural world. Herself an environmental activist, Flo often created controversy by inviting radical speakers to campus. She was an advocate of habitat and wilderness preservation, and was proud of her work in the protection of Gunnison Island on the Great Salt Lake, an important site for pelican breeding. She served as president of the Great Salt Lake Chapter of the Audubon Society, and was a consummate birder.

Flo served on many conservation committees in the state of Utah and traveled to Washington, DC, in advocacy for the expansion of the Arctic National Wildlife Refuge. Having been divorced from Bob in the 1970’s, Flo married Paul Shepard, a human ecologist and author, in 1986. Together, they traveled the world and then built a cabin in Bondurant, Wyoming. He died in 1996. Flo was the author of three books and countless articles and she helped in the publication of her husband Paul’s last books. In her retirement, she wrote two of her books, and served on the Board of Directors of the Murie Center in the Teton National Park. In her last years, she was active in a successful community effort to prevent fracking in the Noble Basin of the Hoback Range.

Despite her many professional activities, Flo always had time for her family and friends. She remembered and loved each of her students. She believed that each member of her family was worthy of her attention. She was preceded in death by her parents, Matt and Matilda Bertagnolli, her sister Barbara Wagner, her husband, Paul Shepard and her son, Robert (Bobby) Krall. She is survived by her sister Dolores (DJ) Kominsky, her children Kathryn Ann Morton, Matthew Krall (Marie), and Lisi Krall, her grandchildren Jason Morton, Meredith Morton, Phillip Krall (Jennifer), Brandon Krall, Francis Prus, Brayden Krall (Desiree), and Jared Krall (Emma), great grandchildren Makayla Nishi (AJ), Jordan Krall (Zach), Florence Morton, and Adam Tew.  She is also survived by great-great grandchildren Blakely, Paxton and Luna and countless cousins and nieces and nephews. A memorial service will be held at the Ball Family Chapel in Kemmerer on Saturday, July 30 at 11 am. Immediately following the service, Flo will be interred next to her husband, Paul Shepard, in the South Lincoln Cemetery. The lives of many were touched, inspired, and changed by Flo. In this way her spirit lives on.

To order memorial trees or send flowers to the family in memory of Florence Rose Shephard, please visit our flower store.