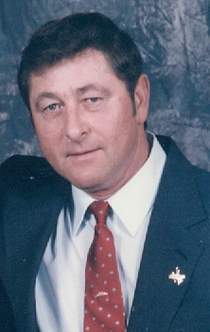 Frank was born on October 20, 1942 in Kemmerer, Wyoming, the son of Allan Smith and Olga Frances (Zebre) Kirkwood.  He attended schools in Kemmerer, WY.  He married Lois A. Hall on October 8, 1994 in Elko, Nevada.

Frank loved life.  He was an avid outdoorsman, enjoyed spending time camping, fishing,  associating with family and friends.  He enjoyed the University of Wyoming Cowboys, sports of all kinds.  Frank was an avid bowler, and trap shooter.

Frank is preceded in death by his father, one brother, Bobby Kirkwood, and his paternal and maternal grandparents.

Memorial Mass to celebrate his life will be conducted on Monday, November 24, 2014 at 11:00 A.M. At St. Patrick’s Catholic Church in Kemmerer, WY.; with Father David as the celebrant.  Inurnment will follow services at the South Lincoln Cemetery, Kemmerer, WY. Graveside committal will also be under the direction of The Eagles Aerie Auxillary from Kemmerer, WY.  A luncheon will follow the services at the Kemmerer Eagles Hall.

Memorial contributions may be made to Best Home Health Care Hospice of Kemmerer, WY.

To order memorial trees or send flowers to the family in memory of Frank James Kirkwood, please visit our flower store.