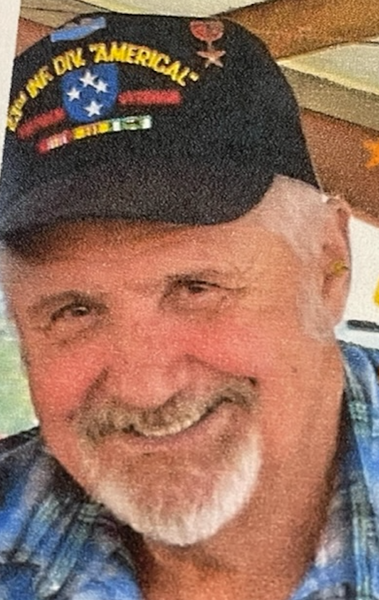 Gene Raymond Schaechterle, 71, passed away August 4th at his Diamondville  home surrounded by his wife, kids and grandkids. He was born August 6th, 1950 to Albert and Sophie Marshinsky Schaechterle in Kemmerer, Wyoming. He was raised in Frontier, Wyoming, the youngest of 3 children. He attended school in Frontier and Kemmerer.  He joined the US Army when he was 17 and served in VietNam where he was awarded several medals including the Bronze Star with V device for valor.

He married Sylvia Palmer on July 6th, 1974 in Elko, Nevada. They were together for 49 years. They renewed their vows at St  Patricks Catholic Church on July 6th,  2019.

He was an active member of St Patricks Catholic church, Commander of the local VFW, and Eagles

Gene started his career with the Union Pacific Railroad in Granger, Wyoming where he and Sylvia raised 4 children. He was an avid hunter. He enjoyed fishing, camping and going to Wendover. He loved and protected his family dearly and no one wanted to mess with them.

Gene was preceded in death by his parents, daughter, Angela Schaechterle, Sister, Judy Point, and his grandparents.

Services will be at St. Patricks Catholic church on August 12th at 11: 00. Entombment will follow at South Lincoln Cemetery with  full military honors.

To order memorial trees or send flowers to the family in memory of Gene Raymond Schaechterle, please visit our flower store.