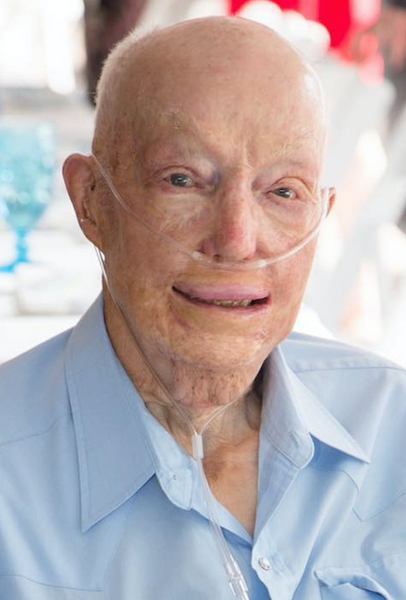 Glenn N. Dolar, known to the Kemmerer community as “Jiggs”, passed away on July 29, 2019 in Gilbert, Arizona.   Glenn was born in Kemmerer on April 3, 1935 to George and Dagmar Dolar. He was an 83-year resident of Kemmerer but moved last year due to health issues.

Glenn grew up in the post-depression era and volunteered for the Army in 1954 due to the lack of work available to draft age men.  He married his high school sweetheart, Shirley May Kolata, on May 2, 1954 at St Paul’s Lutheran Church in Kemmerer. In a recent interview Glenn was asked what he would like to be remembered for, and he responded with a smile on his face “being married to Shirley May – the only woman I loved.” Shirley passed away nearly two years ago after 63 years of marriage.

After their wedding vows, the couple were off to Lawton, Oklahoma where Glenn spent the next two years in the service.  Glenn loved and respected the armed services and was proud to serve as a gunnery machinist on a 155 Howitzer cannon.

As his family grew Glenn worked several jobs ranging from helping on a ranch, working as a local gas station hand, and working on the railroad line.  Glenn always liked to tell the story that when El Paso Natural Gas began construction of its gas plant near Opal, he found out where the boss lived and he went to his house after hours, knocked on the door, and asked for a job.  He was hired the next day and spent 31 years with the company. In 1976 a tragic accident occurred at the plant and Glenn received burns over 65% of his body.  He was air-lifted to the University of Utah Hospital and spent 5 months in the intensive care unit. He underwent 27 skin graph operations but returned back to work in 1978. He stayed with the company until retiring.

Despite this tragedy, Glenn’s faith in Christ sustained the darker days and he remained upbeat about what life offered. He was a faithful member of St Paul’s Lutheran Church.

When possible, Glenn and Shirley spent their days traveling to all the big events in their children and grandchildren’s lives.  In addition to his children, Glenn is survived by grandchildren Kimberly (Dominque) Lebel; Heidi (Will) Danen; T.C. (Johnna) Garcia; Scott (Jackie) Dolar; Jennifer (Chess) Johnson; Ashley Steiner; Seth Dolar; Josh Dolar; and Laura Dolar.   Glenn is also survived by a sister, Ronda Teare, and a brother, Keith Dolar, as well as five great grandchildren.

Glenn loved to go for rides, go for walks, do wood working and landscaping his back yard. And, he loved being a resident of Kemmerer.

The family would like to thank Pastor Johnathan Lange for his care for our parents throughout their lives, and for all our family members and friends who came to assist as Glenn and Shirley grew older. We also would like to extend our thanks to the staff of Quail Park at Morrison Ranch Senior Living for their kindness during the last months of our Dads’ life.  May God bless and keep you all.

To order memorial trees or send flowers to the family in memory of Glenn N. Dolar, please visit our flower store.