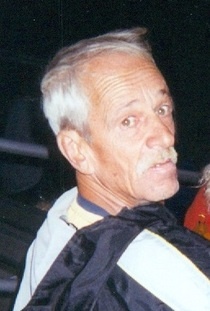 Henry Jacobson Hanney, age 64, passed away at South Lincoln Medical Center in Kemmerer, WY. On September 3, 2015.  He was born on July 30, 1951 in Brigham City, UT. The son of Paul Harris and Frances Mary (Jacobson) Hanney.
Henry worked for the FMC Coke Plant for twenty eight years.  He also worked for the State of Wyoming  highway department for 14 years, and never missed a days work during that time.  Henry loved being in the great outdoors of Wyoming, spending time with family and friends.  He enjoyed spending time traveling, and especially going to Wendover.  Henry had a heart of gold, and was always willing to help someone in need.
He is survived by his children, Daughters; Inga Guernsey, of Bennett, CO.; Brooklyn Riding, of Kemmerer, WY.; and Cheree Bullington, of Kemmerer, WY.  He is also survived by a son, Spencer Hanney, of Fargo, ND.  He is also survived by his siblings, a brother, Randy (Debbie) Hanney, of Diamondville, WY.; a brother, Paul Hanney, of Cheyenne, WY.; and sisters, Drew King of Diamondville, WY.; and Joyce (Jim) McCloud, of Diamondville, WY.  He is also survived by nine grandchildren, and numerous nieces and nephews.
Cremation has taken place and graveside services will be conducted on Wednesday, September 9, 2015 at 10:00 A.M. at the Diamondville Cemetery, Diamondville, WY. With Bishop Destry Dearden officiating.

To order memorial trees or send flowers to the family in memory of Henry J. Hanney, please visit our flower store.