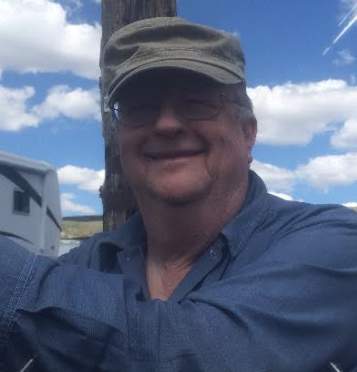 Horace Clifford Lively passed away in his Diamondville home on February 11, 2019 at the age of 69.  Horace was born in Kemmerer, WY on September 12, 1949 to Otto Clifford Lively, and Ruth Elizabeth (Howlles) Lively.

Horace served as a medic during the Vietnam War.  When he returned he attended college in Casper before moving onto Laramie, where he spent many years.  He was married for many years to Leann Lively, but later divorced.

While living in Laramie he ran rural mail route before retiring and changing professions.  he relocated back to Diamondville, WY to live in his parents home so that he could work for BTI as a truck driver.  During one of his routes in October 2013, he pulled over to help someone in need, after climbing out of his truck Horace was hit and ran over, his health never returned and he was not able to return to work.

Horace was a hard worker, very intelligent man, and one who knew more about guns and ammo than many.  Although he never had children of his own, he was a mentor to many, young and old.  He worked with the Laramie Police, Sheriffs office, and the Army National Guard reloading ammo and provided expertise on weapons.  Horace along side his father, brother, and brother in law, taught an entire generation of Edwards's and Lively's how to hunt.  He and his knowledge will be missed by many.

Horace is preceded in death by his parents, Cliff and Ruth, a brother, Evan  John Lively, his nephew Logan Edwards, and his brother in laws, Buddy Jack Edwards, and Wayne Norman Anderson.

Cremation has taken place under the direction of Ball Family Chapel of Kemmerer, Wy.  Graveside services will be held in the summer of 2019.

To order memorial trees or send flowers to the family in memory of Horace Clifford Lively, please visit our flower store.