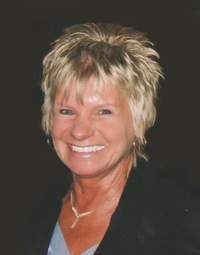 Jacqueline Mau Holmes Miller passed away in Coalville, Utah on October 15, 2013. Jackie died peacefully with her children at her bedside after a long battle with cancer. She is preceeded in death by her late husband, Billy Jay Holmes, and her parents, David and Pauline Mau. She is survived by her present husband, Miles Miller (his children, Steve, Kelly and Mike), her own three children, David Holmes (Cindy), Woodruff, Utah, Paula Andrus (Jim), Peoria, Arizona, and Jerre Holmes (Diane), Coalville, Utah, 13 grandchildren, 13 great grandchildren, and by her two sisters, Sara Lou Welsh (Larry) and Debbie Hix (Rex).
Jackie was born on September 18, 1939, and grew up in Cokeville, Wyoming where she lived most of her life. She spent the last few years in Nampa, Idaho. Jackie was an active member of the Episcopal Church. She played the organ at her church for over 35 years. She retired from the United States Postal Service as a Postmaster after a successful career at the Cokeville post office.
Jackie loved her family more than anything, and she loved supporting her children and grandchildren in their various school and church activities. She was always up for an adventure and was eager to play with her grandchildren whether it was jumping on the trampoline, playing tag football, or dressing up in costumes. We will miss her contagious smile and laughter along with long meaningful hugs. Our hope is to keep her alive in our hearts by sharing love with everyone, including the very young, the unfortunate, and those in need of her positive outlook.
Funeral services will be held at the Cokeville LDS chapel at 1:00 PM. There will be a visitation for friends and family beginning at 10 AM.  Interment will follow services at the Cokeville Cemetery, Cokeville, WY.

To order memorial trees or send flowers to the family in memory of Jacqueline Holmes Miller, please visit our flower store.