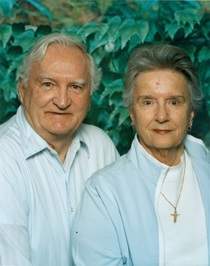 James M. Ball, age 86, died on Sunday, November 23, 2014 at South Lincoln Nursing Center in Kemmerer, WY.  He was born on January 9, 1928 in Oakley, Wyoming, the son of Arnold Lancelot and Annice Stonebraker.  He was raised in Oakley and Kemmerer, Wyoming, and attended schools there. He graduated from Kemmerer High School in 1946.

Jim proudly served his country in the U.S. Marine Corp serving in China, from 1946 until 1947.  Jim was a boxer at Camp Pendleton, CA.; and was a golden glove boxer, middle weight champion at Camp Pendleton.  He married Gloria Francis Lumbert on his birthday, on January 9, 1954.  Jim and Gloria lived and spent their lives in Green River, Wyoming.  Jim was employed at FMC Trona Mine in Green River.  Jim was an avid outdoorsman, enjoying time spent with family and loved ones in the outdoors, hunting, fishing, and camping.  He enjoyed spending time with his family at Flaming Gorge.  He was a family man, and loved to be with his children, and his grandchildren.  He loved football and enjoyed rooting for the San Francisco 49ers.

He was preceded in death by his parents, Arnold L. and Annice Ball, his loving wife, Gloria Ball, a sister, Betty Ames, and a son in law, Jerry Burrola.

A viewing will be held at Ball Family Chapel in Kemmerer, WY. On Wednesday, November 26, 2014 from 11:00 A.M. Until 1:00 P.M.  Cremation will take place under the direction of Ball Family Chapel, and Memorial services to celebrate his life and his wife, Gloria will be conducted on Monday, December 1, 2014 at 11:00 A.M. At the Kemmerer L.D.S. Stake Center, with Bishop Paul Kaiser officiating.  Services will conclude at the Stake Center.

Memorial donations may be made in Jim’s name to the South Lincoln Nursing Center, 711 Onyx St. Kemmerer, WY.  83101.

To order memorial trees or send flowers to the family in memory of James M. Ball, please visit our flower store.