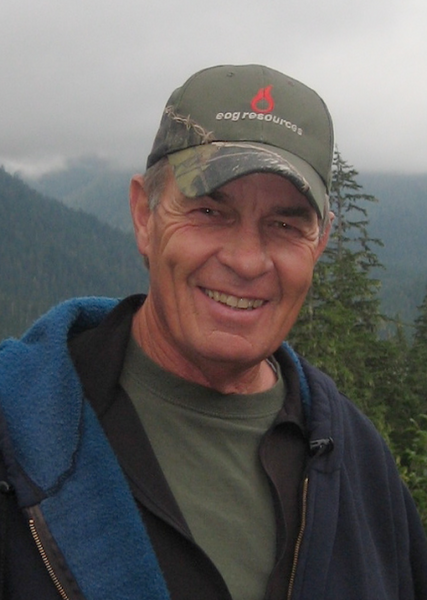 The last few years Jerry could no longer put up all of his larger-than-life, handmade Christmas decorations, or decorate all of the trees around his yard with thousands of lights, or painstakingly trim and re-trim his Christmas tree after walking for miles to choose the perfect one. So this year, he chose to celebrate in Heaven with his dad, mom, and son, Anton. Those left behind are saddened by the sudden turn of events but are certain there will be quite the party up there that will probably include some woodworking, some chocolate cookies, and some water balloons.

Jerome Paul Elmlinger was born on April 26, 1943 in Los Angeles, California but was never called by that name. Jerry was the second son of Ben and Virginia Elmlinger. He enjoyed fishing, camping, and gathering baseball cards and was especially close to his older brother, Jim. He attended Cal Poly Tech for a degree in architectural engineering, where he was a ping pong fool, but along the way realized office life was not for him and ended up in Wyoming working as a ranch hand for Calvin Barnes. Some of his best memories were of working on that ranch.

Jerry met his sweetheart of 52 years, Lynell Thoman, in La Barge and went on to have six children, Jerri, Clint, Kristy, Janell, Jana, and Anton. Together they moved off the ranch and into oilfield work. Jerry took great pride in his work both on the job and at home, remodeling their entire house with his dad. He was pretty much always involved in a project or two with Baillie and the Boys blaring in the background. Jerry was a man of few words but of many projects.

After retirement, he and Lynell traveled the country in their Airstream hitting all but five states and almost every McDonalds, Big Macs being his all time favorite food followed by popcorn and ice cream.

Jerry loved fixing things, reading mostly fantasy and science fiction, arrowhead hunting, collecting stamps and coins, and playing games. He thought of himself as a card shark and really was. He took no mercy on his children, and if they won a game by some chance, they really had won. He was active in the Church of Jesus Christ of Latter-Day Saints and proud of his family.

Jerry passed away at the age of 76 on Saturday, December 14, 2019 in Clinton, Utah. He will be missed by his wife, children, 19 grand children, 6 great grandchildren, brother, nieces and nephews, and many others. Services will be held at the La Barge LDS Chapel on Thursday, December 19 at 10am.

Memorial donations may be made to:

To order memorial trees or send flowers to the family in memory of Jerome Paul Elmlinger, please visit our flower store.