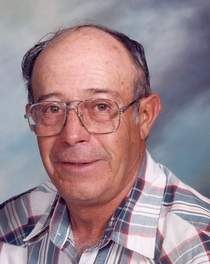 John Paul Anelli, passed away at South Lincoln Medical Center in Kemmerer, Wyoming on September 16, 2015, at the age of 77.

John was born on November 12, 1937 in Kemmerer, Wyoming, the son of John Batista and Annie Cecelia (Glass) Anelli.  He was raised in Kemmerer, and graduated from high school from Kemmerer High School.  He married Helen E. Culp on July 7, 1962 in Yakima, Washington.  John worked for the Kemmerer Coal Company for eighteen and a half years, and later worked for the Town of Diamondville.  He was an avid outdoorsman, who enjoyed hunting, camping, and fishing, and especially being with his family and loved ones.  John was a hard worker, and taught the value of hard work to his family.  He was also a member of St. Patrick’s Catholic Church.

He was preceded in death by his parents, and his maternal and paternal grandparents.

Visitation will be held at Ball Family Chapel in Kemmerer, on Friday evening, September 18, 2015 from 6 until 8PM.  Mass of Christian Burial will be celebrated on Saturday, September 19, 2015 at 10:00 A.M. At St. Patrick’s Catholic Church, with Father David as the celebrant.

To order memorial trees or send flowers to the family in memory of John Paul Anelli, please visit our flower store.