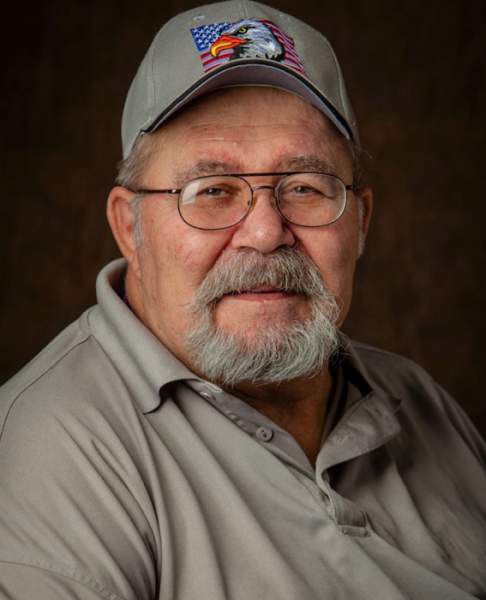 John William Lawson passed away on October 9, 2016 at his home in Taylorsville, UT, at the age of 68.

John was a Vietnam Veteran and proudly served on the USS Gallup.  He was also a long time employee of FMC Corp., Westvaco.

John was born in Kemmerer, WY May 7, 1948 to Walter and Stella (nee Lebolo) Lawson.  He grew up on the Ham’s Fork River in Frontier, Wyoming with his brother, Wally, and three sisters, Marianne, Theresa and Cindy.  John graduated from Kemmerer High School in 1966 and attended the University of Wyoming before joining the Navy.  John had many interests and was something of a lifelong student and attended classes of all kinds, in his trades, colleges and for fun.

John avidly enjoyed music of all kinds.  He particularly loved old time country music and oldies rock and roll.  Many of our best memories have a ‘Dad Soundtrack’.  He was a talented craftsman and enjoyed making jewelry and crafting leather gifts for loved ones. He loved making beautiful things with his hands.

John was a spirited debater and a happy devil’s advocate to any point of view.  He enjoyed laughing with his friends and family and teasing his grandkids endlessly, but always with great love.  He was a generous soul who tried to make things better for those around him whenever he could.  He was a passionate advocate of the underdog, including his Cleveland Browns.

His greatest pride and joy came from his daughters and his grandchildren.  His warm smile and twinkling eyes will be missed by all.

He is survived by his children:  Kellie Rae Rockey and her son Sawyer, of Denver, CO; Kerrie & Daryl Wadsworth and their sons Dallas, Dalton, Logan and Lucas, of Green River, WY; Kimberlie Kwallek and her sons Wyatt, Noah and Logan of Tooele, UT; and Konnie Lawson & Ed Grable and her children Jacob, Quinton and Violet, of Gillette, WY.  He is also survived by his siblings:  Wally & Mary Lawson; Marianne & Todd Behrnes; Theresa & Dale Clayton; and Cindy Kunkle; as well as numerous nieces and nephews.

He was preceded in death by his son, John William Lawson, Jr. and his parents Walter and Stella Lawson.

Memorial services will be held at Ball’s Funeral Home: 915 Pine Avenue, in Kemmerer, WY on Monday, October 17th at 10am.  John was passionate about taking care of our veterans.  Gifts made in his name to any Veteran’s organization of your choosing would greatly honor him.

To order memorial trees or send flowers to the family in memory of John William Lawson, please visit our flower store.