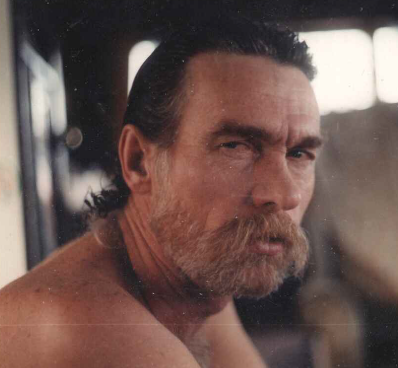 Peacefully passed away, at the age of 68, in his home in Kemmerer

his brother Lindsey M. Nelson, his son,Tyman White and his

John was survived by his loving wife Lanell Brown of Kemmerer

McLachlan( Tom) of McKinleyville, CA. He is also survived by his

(Tracy) of Mt. View Wyoming, Clayton and Jason of Kemmerer

in Pleasant Grove Utah. JJ joined the Army to serve his country in

the Vietnam war. He was awarded The Air Medal in March 1968

and The Bronze Star for heroism in November 1968.

JJ made his home Kemmerer Wyoming in 1982 being the towns

excellence. He remained Kemmerer to do his beautiful

craftsmanship in the homes and businesses all over town. He loved

to hunt and fish with his buddies. He also was a master chef and

often committed to a cook off with friends.

JJ was a man of truth and honor his whole life. I respected and

admired his brutal honest regardless if I wanted to hear it or not.

Some may say he lacked a little tactfulness, nonetheless he was a

Please join his family to celebrate his life. Services to be held at

JJ requested no flowers please make donations to the VA

www.volunteer.va.gov or The a Wounded Warrior Project

support.woundedwarriorproject.org in his honor. Thank you!

To order memorial trees or send flowers to the family in memory of John J. Nelson, please visit our flower store.
Send a Sympathy Card