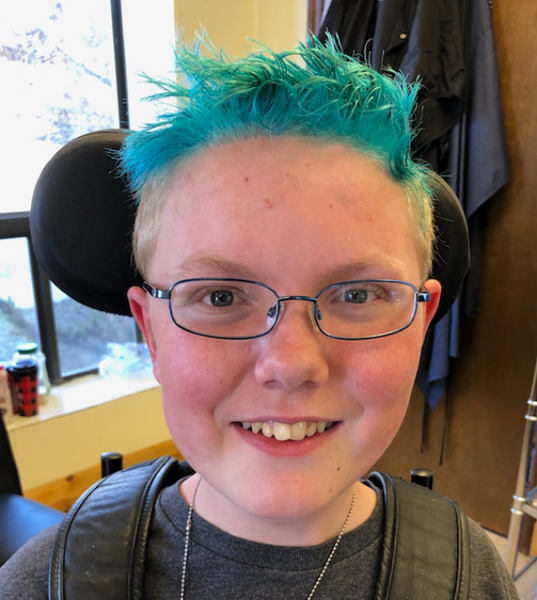 Johnathan was taken from this world far too early, leaving behind so much. It is impossible to know how many lives he touched including family as well as friends that became family. Johnathan died at his home on October 3, 2021 in LaBarge, Wyoming.

Johnathan was well known for being a Sit down comedian, an avid lego builder and a YouTube sensation. But more than that, he was the person that would stop to make sure you were ok if you looked a little sad. There were no strangers, just friends he hadn’t met yet. His smile had enough power to melt your heart and he knew it, so he only used that superpower when he could tell it was needed. If he didn’t approve of something laser beams would fire out of his eyes, also known as a solid glare.

Johnathan left behind a large family that loved him including his parents Teresa and John Bright and Jay and Symona Myers. His siblings include Adriaunna Myers, Zoey Guerrero, Shyanna Brown, Jesse Brown, Arlen Brown, Jacob Myers, and John Bright 5. Also left behind are countless Aunts, Uncles, Cousins, Grandmas and Grandpas and friends that became family.

Memorial services will be conducted for Johnathan on Saturday, October 23, 2021 at 12:42 PM at The LaBarge Elementary School, in LaBarge, Wyoming. Services will conclude at the school that day.

To order memorial trees or send flowers to the family in memory of Johnathan Jay Myers, please visit our flower store.