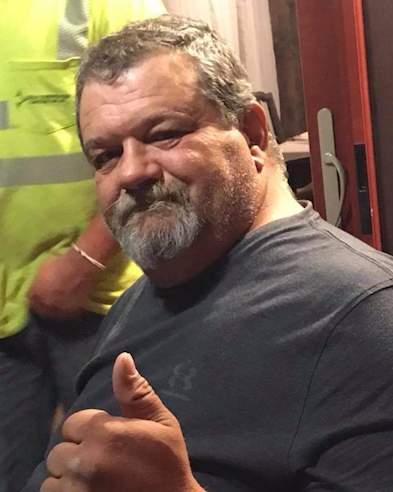 Judd Charles Clinger, age 52, died on September 12, 2022 in Sublette County.  He was born on January 9, 1970, to Martin and Judith O’Keefe Clinger in Afton, Wyoming, and raised in Freedom, Idaho.

Judd was the oldest of seven children.  As a little boy he was full of life and loved everyone.  In High School, he was a star football player and a avid hunter.  He went on to meet his first wife, Sue.  Together, they had a daughter, Ashlyn and a son, Randy.  After Sue and Ashlyn were called home, Judd had three more children, JC, Jordan, and Marty which were the light of his life.

In 2010 he met the love of his life, and married Linda Clinger.  Judd and Linda traveled for many years for his work and finally settled and made their home in LaBarge, WY.

Judd is survived by his beloved wife, Linda Clinger, his mother, Judith Clinger Rose, children, Randy, JC, Jordan, Marty Clinger; all of his siblings, and step children and many grandchildren.

Funeral services will be conducted on Friday, September 16, 2022 at 1:00 PM at the LaBarge LDS Chapel in LaBarge, Wyoming.  Interment will follow services at the Viola Cemetery, Viola, WY.

To order memorial trees or send flowers to the family in memory of Judd Charles Clinger, please visit our flower store.