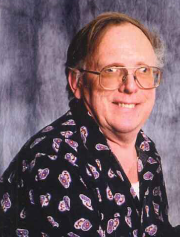 Keith moved to Kemmerer six years ago to be able to spend time with his family and grandchildren.  He worked in Idaho for Simplot Corporation and spent countless hours donating and volunteering his time for the Simplot Games which were held every year.  He loved to be in the great outdoors spending time hunting, fishing, and camping with his family and loved ones.  He enjoyed being a mechanic, and loved to donate blood to the American Red Cross.  He was a member of The Church of Jesus Christ of Latter Day Saints, and was an active home teacher in Idaho.  He held numerous positions within the church helping and serving his fellowmen.

Keith is preceded in death by his parents, his wife, Rhonda Mathews,  three brothers, Kenneth, David, and Sonny Mathews, and a sister, Diana Hill.

Cremation has taken place under the care of Ball Family Chapel, of Kemmerer, WY.  Online condolences may be left at ballfamilychapel.com.  Private services will be held at a later date.

To order memorial trees or send flowers to the family in memory of Keith Irvin Mathews, please visit our flower store.