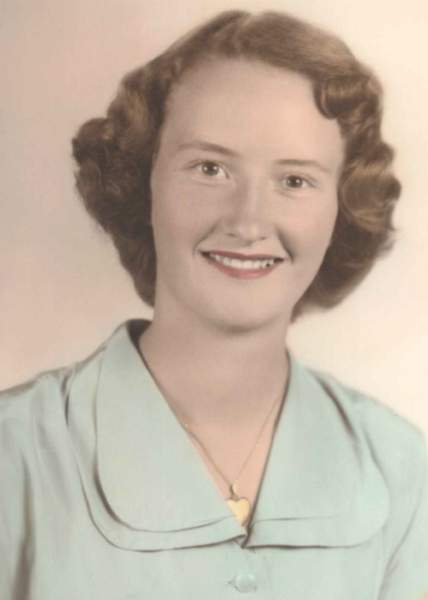 Beloved wife, mother and grandmother, Laura Boe, passed away peacefully at home the morning of November 8, surrounded by her family. Born December 11, 1933 in her family home in Fairland, OK to Kate Laurel and Robert E Roberts, she was the youngest of 9 children. Laura lived a life of purpose. She was sharp-witted, kind, generous and a good friend. She made small moments count and always chose others over herself. She was a tell-it-like-it-is kind of woman who never hid from the truth. We loved her direction, her passion, and her example of choosing love first. She will be dearly missed.

In her early life she excelled in athletics, including basketball and volleyball. After graduating High School she attended Business School in Tulsa, OK. She traveled to Great Falls, MT and while working in Buttrey’s Department Store as a bookkeeper, she met the great love of her life, Don Boe, through a mutual friend at a USO dance. They were married January 12, 1954 at East Base Wedding Chapel (Now known as Malmstrom AFB), in Great Falls, MT.

Laura traveled to England to be with Don while he was stationed at Molesworth AFB near Kettering, where their first daughter, Pam, was born. After 18 months in England, the family settled in Cut Bank, MT, where Laura raised her family, worked as a bank teller, and babysat many of the neighborhood kids. She and Don sponsored survivors of a Nazi concentration camp for citizenship after WWII.  In 1970 the family relocated to La Barge, WY, where she was employed by Johnson Oil Company as a bookkeeper for 18 years.

Laura was happiest when her children were all under one roof, home safe, and well-fed. She was the family worrier, she fretted over missed curfews like no other character in history, just ask her daughter Darlene! Her family and many in the community enjoyed her cooking and hospitality. The home was always open to others and a friend couldn’t leave without a hot cup of coffee. As a family historian, she took thousands of pictures, videos, 8 mm film, and she kept a family journal to prove she was right in any argument.

She proudly served as Town Judge in La Barge, WY, in the 1970’s which was congruent with her character and beliefs for fairness and justice. In over 25 years she served as Director, Secretary-Treasurer, and volunteer for the La Barge Senior Center. The Senior Center was her passion and she spent countless hours and miles ensuring events and functions went off without a hitch, no detail was too small.

Laura Boe, wife of Production Operator Donovan Boe (Wamsutter), was selected to receive Honorable Mention at the 1991 Governor’s Volunteer Action Awards by Governor Mike Sullivan of Wyoming. Laura contributes much of her time to LaBarge Senior Citizens Center where she is the Secretary-Treasurer and spends countless hours helping others. Congratulations, Laura!

Along with her time at the Senior Center she was recognized for many hours she spent helping individuals and families within the community of La Barge. She drove many people to necessary medical appointments, family visits and even did grocery shopping for those in need. With the governor award, she was cited for assuming many other responsibilities of the Senior Center simply because they needed doing. She did so without hesitation. She lived a life of gratitude, any small action sent her way was met with a card of thanks.

She was a Community Historian. Laura rarely left the house without a camera and submitted her photos to local papers, friends, family…honestly, she shared pictures before Facebook was a thing! If you wanted to know about a local birth or death, she kept meticulous records of the town’s history. She was a resource for the community.

In lieu of flowers, donations may be made to the La Barge Senior Center, LaBarge, WY 83123.

A family viewing will be held at Ball Family Chapel in Kemmerer, WY, Sunday, November 12, 2017 at 2:00p. (915 Pine Avenue) Internment of ashes will be scheduled for the spring of 2018 at the Viola Cemetery.

To order memorial trees or send flowers to the family in memory of Laura Blanche Boe, please visit our flower store.