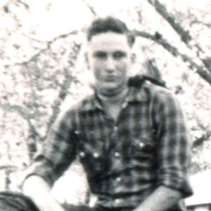 Lester Melvin Gossard, age 85, passed away at his home in Diamondville, WY on January 13, 2021.  He was born on September 5, 1935 in Mills, Nebraska, the son of Ernest Frederick and Florence Eugenia (Hart) Gossard.

As a young boy, Lester rode a horse to school, a couple of miles from home.  He always had a dog in his life.  One of the most memorable moments he told about was when lightning came down through the roof and nearly struck his father.  Another time, the side of the house caught fire while his parents were in town, and his two older sisters put it out.  Lester lived at home until he was 14 when he began a life on his own.  He attended school through the 7th grade and then worked on ranches for many years throughout Nebraska and Wyoming.  Even though he didn’t have the opportunity to further his education, Lester was very good at Math and finances.  He always managed to have everything he needed.  He bought his first car, a 1940 Chevy, at age 17.

Lester married Jean Ann Boyens on December 29, 1956 at Ainsworth, Nebraska.  They spent 64 years of marriage together.  He bought Jean a beautiful black and dark green satin dress for their wedding day.  He gave her a simple gold band with designs on it.

During Lester and Jean’s early life, they lived on different ranches in the Nebraska area.  In the early 60’s, they rented a house about ten miles from O’Neill, Nebraska.  Lester worked at a gas station for awhile; then he began driving truck, hauling hay and fertilizer.  In a couple of years, they moved to Stuart, Nebraska where it was closer for Lester to pick up his truck.

In 1968, the family moved to Lusk, Wyoming where Lester began working on the same ranch he had worked on before his marriage.  During this time, Lester began buying and selling horses in his spare time for extra money.  He shod his own horses.  One time, he caught a young gray mare, a wild mustang, who he named Misty.  He broke her to ride and then sold her some time later.

In the mid 80’s, Lester moved his family to Brawley, California where he began a new career with Goldfileds Mining Corporation.  He was a truck driver, as well as a trainer.  He trained new drivers and was soon known as a tough, but thorough trainer.  He received recognition several times for no lost time for accidents.  He retired with the mine and after a few years, he and Jean moved to Kemmerer, Wyoming.

Another thing Lester took very serioulsy was making sure his vehicles were in good running order, and maintenance was always very important.  Buying and selling vehicles was always a part of his life.  One of his other hobbies was collecting clocks of which he had about 35; all of various kinds and sizes.

Cremation has taken place under the direction of Ball Family Chapel, of Kemmerer, WY, and graveside services and Inurnment will take place at a later date.

To order memorial trees or send flowers to the family in memory of Lester Melvin Gossard, please visit our flower store.