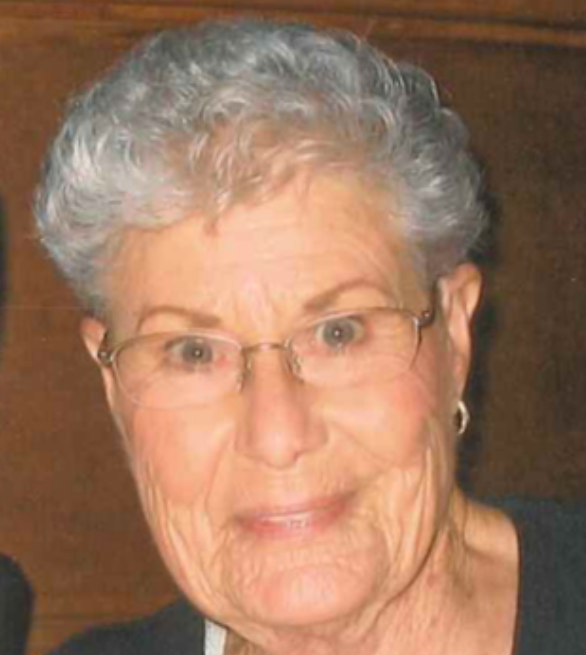 Lillian Jane Kasza Robertson – born July 27, 1930 in Scottsbluff, NE went to be with our Lord February 21, 2021 at Cherrelyn Health Care Center in Littleton, Colorado.
Jane was one of three children born to Peter and Anna Lavina Kasza who settled in western Nebraska in 1927. Jane grew up in Scottsbluff, NE where she graduated from Scottsbluff High School and married Gayle Gordon Robertson January 7, 1951. In 1958 they moved to Kemmerer, WY where Gayle was the hospital administrator. Jane was actively involved in The Order of Eastern Star in the local chapter serving as Worthy Matron and several other offices serving in the Wyoming state chapter as well. Jane was an active member of St. James Episcopal Church serving on the church guild. Jane was the Avon Lady in Kemmerer for 40 plus years and loved that she could bring Avon products to women (and men) in her community. The backseat of her car was always filled with a box of Avon fliers, samples and delivery bags. Jane belonged to an active bridge group and was an avid card player - there are many who can attest to her competitive nature – she loved to win! She loved adventure, sky diving with her grandson Jake for her 69th birthday, roller coasters, snow mobiles, camping, hiking, cleaning, cooking gardening, grandkids sporting events, travel and anything that kept her on the move – she was never idle.
After her husband Gayle passed away October 1, 2012, Jane moved to Littleton, CO to be near her daughter Colleen. When health struggles became more acute, Jane moved into Cherrelyn Health Care Center and lived there for 5 ½ years. Jane loved and was devoted to her family. She cherished her friendships, had a servant’s heart and deep sense of generosity, gratitude and grace. Jane will be sorely missed but will live on in the hearts of all who were blessed to have known her.
Jane is survived by her children Colleen Paine, The Woodlands, TX, Deanne (George) Hunter, Jackson, WY, Joelle (Fred) Britton, Rock Springs WY, grandchildren, Jacob (Aimee) Hunter, Dallas, TX; Amy Hester, Littleton, CO, Lindsay (Cory) Burr, Littleton, CO; Becki (Jim) Peterson, Jackson, WY, great-grand children Kolby Hester, Brayden Burr, Shane Hunter, Sage Hunter, Charley Peterson, Paiton Peterson. She is preceded in death by her husband Gayle, parents Peter and Anna Lavina Kasza, brother William Kasza, sister Elsie Kasza Palmer and great-grand daughter Lexi Rae Hester.

Cremation will be handled by Ball Family Chapel/Grand County Mortuary. A family memorial will be held at a later date.

To order memorial trees or send flowers to the family in memory of Lillian Jane Robertson, please visit our flower store.
Send a Sympathy Card