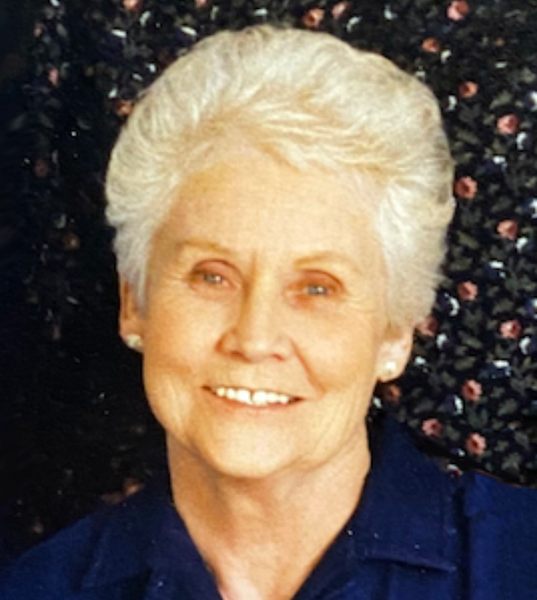 Lorraine Belle (Morrison) Floyd, 93, of Cody, passed away on April 17, 2021.
She was born on March 15, 1928 in Kemmerer, WY to Richard and Tunie Morrison. She spent her early (5 years) in Sublette and was raised in Frontier by her Grandmother Liisa Jarve and Uncle Aale Jarve. She attended and graduated from Kemmerer High School.
After high school, she worked for the Kemmerer Gazette. She married Leonard Wallace “Wally” Floyd in Kemmerer on February 2, 1947 and shortly after moved to Casper. They had 4 children: Leonard Wallace, Jr., Bruce Alan, Kim Aale, and Lora Lee. They moved to Douglas in 1959 where Wally became the manager of Mountain Bell telephone company and Lorraine found work at the hospital. The family finally settled in Cody in 1968 where Lorraine worked for, and retired from, Husky Oil.
In their spare time, Wally and Lorraine liked to camp. Lorraine had a green thumb and enjoyed tending to her garden and yard. Her biggest focus was her family and she would want her children, grandchildren, great-grandchildren, and the newly born great-great-grandchild to know much she loved all of them.
Funeral services are will be at 11am on Tuesday, April 27, 2021 at Ball Family Chapel in Kemmerer, with visitation being held on Monday, April 26, 2021 from 6-8PM. Interment will take place at the South Lincoln Cemetery, Kemmerer, WY. Arrangements have been jointly arranged with Ballard Funeral Home in Cody, WY and Ball Family Chapel in Kemmerer, WY. Condolences to the family can be left at either funeral home’s website.

In lieu of flowers, please consider a donation to St. Jude’s Children’s hospital or your local animal shelter.

To order memorial trees or send flowers to the family in memory of Lorraine Belle Floyd, please visit our flower store.