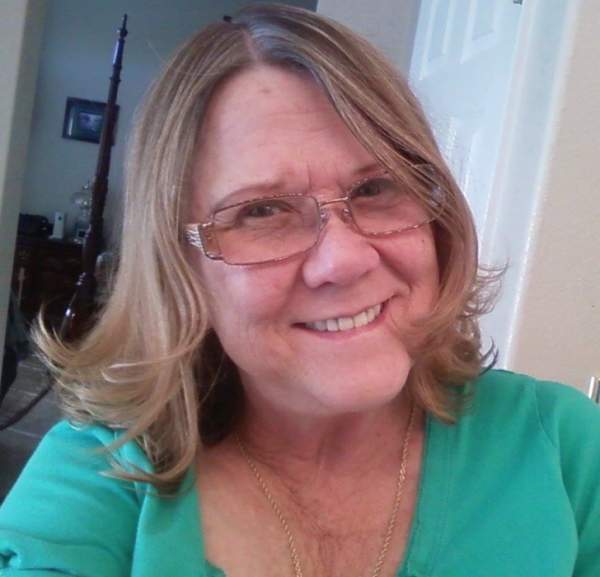 Helen Louise Hoffman Pickard was born on December 16, 1950 in Coalville, Utah, to Ken and Helen Hoffman.  She was the youngest of 4 children, and the only girl.  She was initially called “Little Helen”, but that eventually was changed to her middle name, Louise, because her mom didn’t like being called “big Helen”.   It wasn’t until much later that Louise was shortened to Weezie and Weeze.  She was raised at the Sage Creek Ranch in Randolph, Utah.  She spent her childhood helping her daddy on the ranch and always talked about driving tractors by the time she was 6 years old.  She remembers her mother waking her up with a little saying that most of us also heard more than once, and it started with “Wake up, Jacob, Daddy caught a bear”…and we’ll leave it at that.  She spoke very highly of growing up in Randolph.  Weezie later attended college at Weber State University.  She worked as a beautician and cosmetologist for a while and then went on to be a bank teller.  She truly enjoyed both professions, but as most of the family knows, she continued cutting hair for just about everybody in the family at one time or another.

Weezie married once in her early 20s, but did not have any children in that marriage.  She then married Greg Pickard from Clearfield, Utah.  She always said she was smitten by a “city boy” who was tall, dark, and handsome. Greg had one son, Holden.   Louise and Greg eventually moved to Michigan for Greg’s job.  Cody Greg Pickard was born in February of 1975, and Heidi Marr Pickard was born in November of 1976.  In 1982, Greg had another job transfer, and the family moved to Colorado.  They raised their children here and enjoyed camping, traveling, and dinner parties with friends.  They enjoyed drives in the mountains and searching for their dream home.  Louise didn’t work at this time as she spent her time raising her children; however, as her children got older, she became a Court Appointed Special Advocate for abused and neglected children.  This was a volunteer position and one she took very seriously.  She was also very proud of this accomplishment and for all she did for those children.  She also volunteered at Cody’s school library and as a band mom for Heidi’s high school marching band.  Louise and Greg later welcomed their first granddaughter, Madison, from Holden and his wife Melanie.  As Heidi went off to college, Weezie and Greg moved to California and finally found that dream house.  It was Victorian style, which weezie always dreamed of, and she even planted a palm tree in an area of California that wasn’t supposed to be able to grow them.  That thing flourished nonetheless.  She loved palm trees and the ocean.  During this time in California, they became grandparents to 4 additional granddaughters, Morgan, Emily, McKelle, and Kaitlyn.

They spent 8 years in California, until Weezie just couldn’t stand being so far away from her grandchildren.  They moved back to Colorado and enjoyed living in Castle Rock for many years.  They also welcomed 2 grandsons, Gibbon, and Cody James.   Louise and Greg eventually divorced, but Louise stayed in Castle Rock for quite some time.  She met Walt, and they remained in Castle Rock.  During this time, Cody married Stacy, and they had another granddaughter, Mazie.  Weezie eventually moved right across the street from Heidi, her husband, James, and their children in Larkspur.  Once again, Nana needed to be near them, and even a short 20-minute drive was too far from Castle Rock.

This last year was spent with daily visits to and from her daughter and 3 of her grandchildren.  Sometimes they would spend hours together, sometimes just minutes.  The grandkids would sometimes go over, say “hi, Nan”, go through her refrigerator, turn around and say, “bye, Nan” and leave.  She gleamed with happiness every single time, and even made sure the kids each had their favorite things at her house.  She also spoke of them just stopping by and crawling up into her lap for a snuggle, and yes, they are entirely too big to fit, but they did anyway.  She treasured those moments.  She watched the clock daily waiting for Heidi to get off of work in the morning and stop by before going home.  Louise and Heidi had a special mother daughter day every two weeks where they would get their nails done and have breakfast together.  Her last few months were spent as happy as many of us had seen her in many years.  Our beloved Weezie passed away peacefully in her sleep on November 6, 2016.

Louise was proceeded in death by one older brother, her mother and father, and by one nephew.  She is survived by two older brothers, a daughter, a son, countless nieces and nephews as well as six granddaughters and two grandsons.

Memorial Services to celebrate her life will be conducted on Saturday, November 19, 2016 at 11:00 A.M.  Family will greet friends and loved ones starting at 10:00 A.M.  Inurnment will follow services at the Randolph Cemetery, Randolph, UT.  Grand County Mortuary and Crematory, Hot Sulpher Springs, CO. has been entrusted with arrangements, with Ball Family Chapel, Kemmerer, WY. assisting with Memorial services.

To order memorial trees or send flowers to the family in memory of Louise Pickard, please visit our flower store.