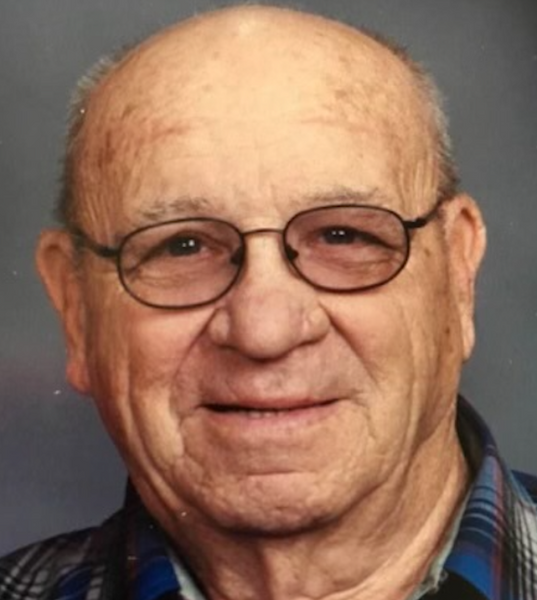 Lyle served his country in the United States Army being honorably discharged on February 19, 1954.  He married Alvera Hoffman on May 11, 1956 ind to this union, two children were born, Jolene, and Kurt.  Alvera passed away on June 4, 1997.  He then married Arlene Talley on November 25, 2000.

Lyle worked for the South Dakota State Highway Department, and later moved to Kemmerer and spent his working career at the FMC Skull Point Mine, retiring from there. Lyle was a member of the American Legion, and The Masonic Lodge in South Dakota and Kemmerer.  He was a member of the Berta Penny United Memorial Methodist Church in Kemmerer.  Lyle loved his family and supported his children in all their school activities.  He was an avid Kemmerer Ranger fan, and loved to attend games that his children, and grandchildren participated in. He also enjoyed working at Don’s Service for a time being. Lyle loved to hunt, go water skiing, and loved to stay constantly busy by mowing and plowing at the schools in Kemmerer. He enjoyed cutting wood, and spending time working and polishing his vehicles.  He was immaculate when it came to the care of his vehicles, and was always noted for his fancy truck lights.

Lyle is preceded in death by his parents, his wife, Alvera Beebe, two sisters, and one brother, a grandson, Brandon Beebe, a great grandson, Carter Levengood, and two step children.

Memorial services for Lyle will be celebrated on Saturday, March 12, 2022 at 10AM at Ball Family Chapel.  Inurnment will follow services at the South Lincoln Cemetery, where full military honors will be conducted.

To order memorial trees or send flowers to the family in memory of Lyle Laurence Beebe, please visit our flower store.