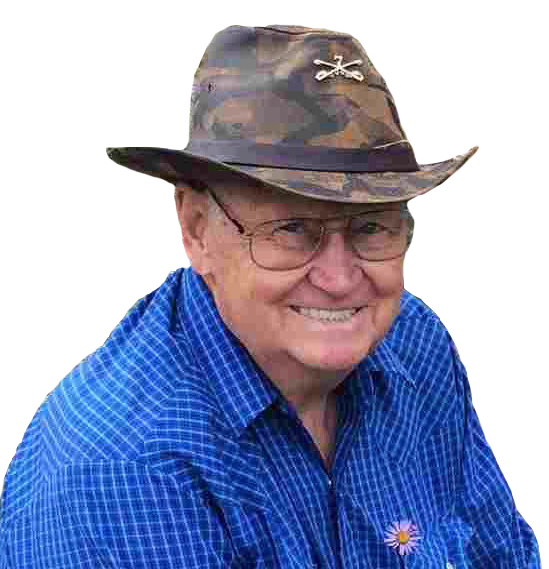 On January 27th our beloved; husband, father, grandpa, great grandpa, brother and friend to all, Marquis Layland passed away peacefully at the age of of 85. Mark was born February 25th, 1933 in Sage, Wyoming to George and Pearl Lee Layland. After his parent’s divorce, he and his three brothers lived with their father and moved around a lot attending many schools in Wyoming, Idaho, and Nevada. As a young man he developed his skills as a ranch hand, sheep herder and cow punch, learning his commitment to hard work and wide open spaces. At 19 he went into the Army and served two years at Fort Lewis Washington. Mark was honorably discharged in May 1955.  After his time in the service he went to Cokeville to work as a ranch hand and met his first wife Lucille. They had two wonderful children, Nathan and Leslie Hayes. In 1964 he moved to Ely, Nevada where his mother lived. It was hard work to complete his high school education and apprenticeship as a journey man mechanic while working a full-time position at Kennecott mine, but he persevered and was proud of his accomplishment.

On December 26th 1974 he married his beautiful, loving wife Kay Lee Layland in Ely Nevada. After their marriage they moved to Kemmerer, Wyoming to start their new life together. They were later sealed in the LDS temple in Salt Lake City and worked hard to keep their blended family together. He worked for FMC Skull Point as a maintenance supervisor for for twenty years. After his retirement in 1995, he played a staring role at Grandma Kay’s Day Care as an honorary Grandpa to all the children who passed through their doors. He and Kay went on a LDS mission in 2001 to Dallas, Oregon on the Riverbend Farm. Even in his old age Mark could not sit still so he took a seasonal job at Fossil Butte Monument working as a maintenance worker.

Mark has always been a cowboy at heart. He’s spent much of his free time with his horses and mules. He enjoyed spending time helping friends in need during roundups and docking season. He broke horses and kept goats and geese. His entire family learned the value of hard work and togetherness at the ranch, where campouts and late night bonfires under the stars inspired the next generations. He never had idle hands and kept busy braiding and tanning leather, and spinning and weaving wool. His handy work will live on for years in the reins, whips, hides and blankets that he made.

Funeral services will be conducted on Thursday, January 31, 2019 at 2:00 P.M. at The Kemmerer L.D.S. Stake Center, with Bishop Destry Dearden officiating. Friends and family may call at the church one hour prior to services.  Graveside services with military honors will be held on Saturday, February 2, 2019 at 1:00 P.M. at the Ely Cemetery, Ely, Nevada.

online condolences may be left at ballfamilychapel.com.

To order memorial trees or send flowers to the family in memory of Marquis Layland, please visit our flower store.